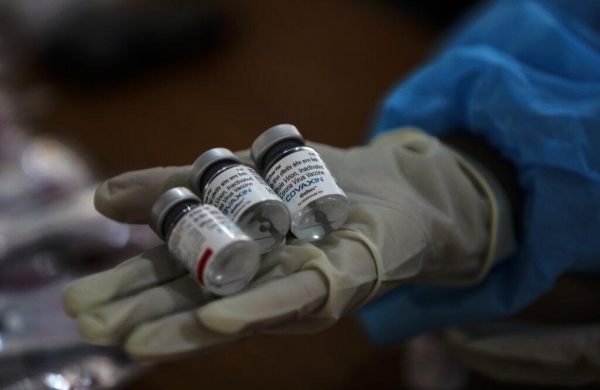 Express News Service
MUMBAI: Mumbai based Haffkine Biopharma may not be in position to contribute to the Centre’s ambitious projection of nearly 55 crore doses of Covaxin between August-December as it has emerged that the Maharashtra government undertaking could start manufacturing the vaccine only from February next year.

The works have now begun at the facility to set up an advanced lab with a capacity to manufacture 22.8 crore doses of Covaxin, India’s first and only indigenously developed Covid19 vaccine jointly developed by Bharat Biotech and the National Institute of Virology-ICMR, every year.

Bharat Biotech, facilitated by the Union government, has signed pacts with three companies–the two being central undertakings BIBCOL and Indian Immunologicals, apart from Haffkine to scale up Covaxin production.

Government sources told The New Indian Express that a formal MoU between Bharat Biotech and Haffkine, which has received a 64 crore grant from the Centre and 94 crore from Maharashtra, however is still in the process of being signed.

A statement by the government said that the production will take place at the Parel complex of the company, adding that works have started on war footing to set up a biosafety level 3 lab, required for making a vaccine like Covaxin which is based on inactivated virus.

Sandeep Rathod, managing director of Haffkine BioPharma said the company plans to produce nearly 2 crore vaccine doses a month, adding that the “company is looking at a timeline of eight months” and the “work is being executed on a war footing”.

He added that for production of drug substance the firm needs a sophisticated lab, while Haffkine, an offshoot of the 122-year-old Haffkine Institute- one of the oldest biomedical research institutes in the country- already has the fill-finish facility.

Bharat Biotech which as of now has a production capacity of about 2 crore doses per month for Covaxin, has been able to supply only about 90 lakh doses in May and the same quantity is expected in June.

The company however has said that it is roping its wholly-owned subsidiary Chiron Behring in Gujarat for quick ramp of the production of Covaxin, by an additional 20 crore doses per year. The plant however will be in position to start producing the vaccine only September onwards.

Though it is not clear what exactly will be the production capacity of the other two government PSUs, roped in for Covaxin production but given that setting up of BSL 3 level lab alone could take 6-8 months, experts have raised doubts that 55 crore Covaxin doses can be available during the last 5 months of this year.

ALSO WATCH | Is highly infectious B.1.617 variant spreading at a frightening speed?