12th board: The school stopped the question paper and answer book of three students for not depositing the fees 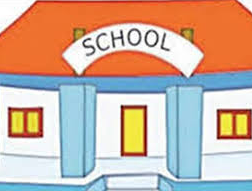 SS Public School Torwa refused to give question paper and answer book to three candidates for non-deposit of fees. When the complaint reached the divisional office of Chhattisgarh Board of Secondary Education, (Mashim), the officials swung into action. The school management was severely criticized. After which the operator agreed to distribute on Friday.

The 12th board exam is starting from June 1. 257 schools in the district have been made distribution centers. 17 thousand 653 candidates of regular and self-study are registered. As per the rules of the board, this year students are solving papers from their homes. From June 1 to 5, question papers and answer books are to be distributed in schools. Will be deposited in the centers between 6 to 10 June. Two students and one girl student of SS Public School Torwa were not yet distributed the question paper and answer book.

On Friday also the children reached the school but the operator refused saying that the annual fees of all three have not been deposited. When the complaint reached the District Education Department and the Board, the officials were shocked. Immediately contacted the principal and director of the school. After pressure from the authorities, the school management agreed to distribute. Now let’s see if they get it on Friday or not!