Farmers angry due to lack of planting, vegetables thrown in front of SDM office

Farmers angry due to lack of sowing, vegetables thrown in front of office 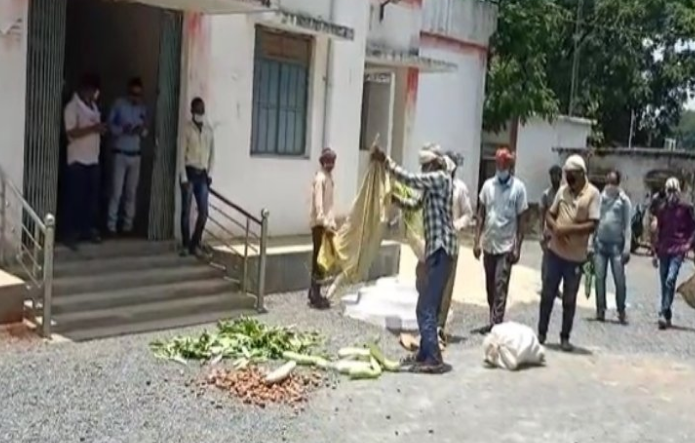 Farmers and traders are facing huge losses due to the replacement of vegetable market. Angry farmers today protested by throwing vegetables in front of the SDM office.

The whole incident is from Rajpur. Where there was resentment among the farmers due to the change of the location of the daily vegetable market. A large number of farmers and traders threw their vegetables in front of the SDM office.

Farmers say that due to change of place, sowing is not happening. At the same time, the officer has given an absurd statement in this case. He said that it is a matter of luck of the farmer and the seller, whether they are sown or not.

Let us inform that as per the order of the administration, Balrampur district has been unlocked. Even after this, farmers and businessmen are getting worried. The place where vegetable market was set up daily in Rajpur. Corona infected patients were found there 1 week ago. Due to which the vegetable market was being closed and set up elsewhere, but after the district was unlocked, the demand of the farmers was that all the shops should be set up at the designated place, because there are no customers at the place where the vegetable market is currently established. They come and they don’t even get married.