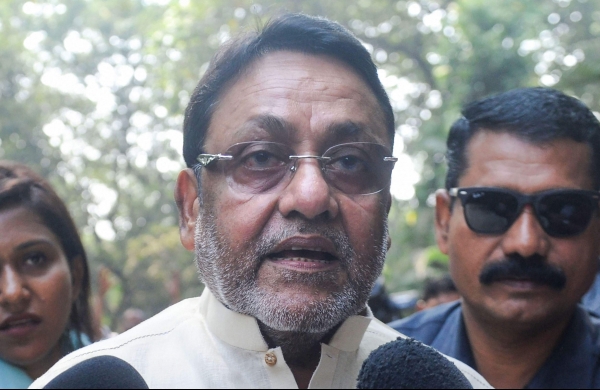 As per the Maharashtra government, the Maratha community can avail benefits of reservation under 10 per cent EWS (economically weaker sections) quota in government jobs and education.

“EWS reservation is for economically backward sections which are not covered in any other caste-based reservation. After the Supreme Court scrapping Maratha reservation the community in Maharashtra has also become eligible for EWS reservation with the 8 lakh annual income cap as per the EWS reservation rules,” said Nawab Malik.

The Supreme Court on May 5, 2021 struck down the reservation in government jobs and educational institutions for the Maratha community brought in by the Maharashtra government in 2018, saying it exceeded the 50 per cent cap imposed earlier.

A five-judge Constitution Bench comprising Justices Ashok Bhushan, L Nageswara Rao, S Abdul Nazeer, Hemant Gupta and Ravindra Bhat in its judgment said that that people from the Maratha community cannot be declared as educationally and socially backward community to bring them within the reserved category.

Earlier on May 12, Maharashtra Chief Minister Uddhav Thackeray wrote to Prime Minister Narendra Modi requesting him to take steps to declare the Maratha community in the state as Socially and Educationally Backward (SEBC) to enable them to claim the reservation in education and public employment at least to 12 per cent and 13 per cent respectively.

Meanwhile, commenting on Leader of Opposition Devendra Fadnavis’s meeting with Nationalist Congress Party (NCP) chief Sharad Pawar, Malik said that yesterday BJP leader met to inquire about Pawar’s health and it was only a courtesy meeting.

The Maharashtra Minister further said that today all ministers of NCP and senior leaders are scheduled to meet.

Further talking about the court’s order on Central Vista Project he said that it is up to the central government’s morality now to think if the work is their priority in this tough time of the pandemic.