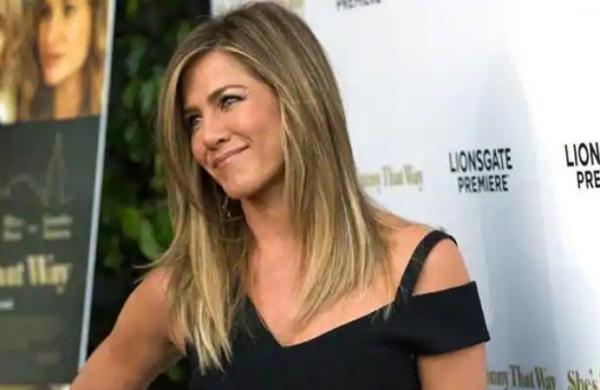 By ANI
WASHINGTON:: It’s not only the fans of the beloved sitcom ‘Friends’ who are still reminiscing the reunion special, but also the Emmy-winning star Jennifer Aniston, who is recalling her ’emotional’ return to the sets of the show almost after 17 years.

People Magazine reported that Aniston recently appeared on Gayle King’s SiriusXM show, where she opened up about stepping onto the set of the iconic sitcom again for the first time in 17 years.

“It was a sucker punch in the heart in a way,” Aniston said of the experience, which was filmed for ‘Friends: The Reunion’, now streaming on HBO Max.

She went on to explain that being in that space took an emotional toll on everyone, not just her.

“It was for all of us, I think. Even Courteney [Cox] we got tears out of! And I don’t even know she’s so, you know, not emotional,” the 52-year-old actor said.

Aniston further told King that while everyone involved in the reunion knew “the production crew would be recreating the Friends sets” for the two-hour special, she was still “unprepared for just how meticulous those recreations would be.”

“We were very naive in what we were expecting,” Aniston said adding that the sets were rebuilt.

She told King that everyone was excited to return to the sets like, “This is going to be so fun to walk onto the set and they’re bringing all of the sets out from storage and putting it all back together.’ We romanticized it.”

Aniston went on to explain to King why the experience of being on set again inspired all those feels, “You also have to remember we haven’t been there. That time was a very specific time when we were saying goodbye to something that we didn’t want to, we cared deeply about, but we knew it was the time to say goodbye.”

Aniston played Rachel Green on ‘Friends’, which originally aired for 10 seasons on NBC from 1994 to 2004. The beloved sitcom followed the story of six friends in their 20s and 30s who live in Manhattan, New York City.