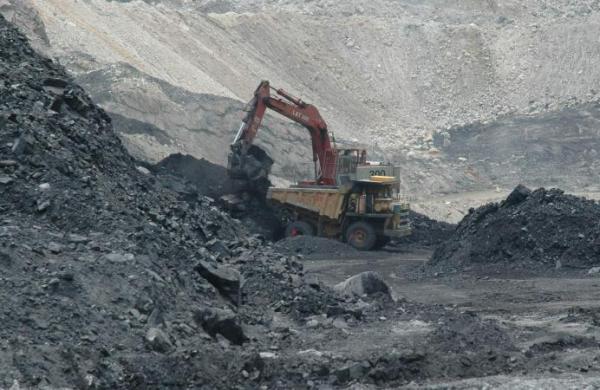 Express News Service
GUWAHATI: Five miners were trapped in a coal mine on Monday in Meghalaya’s East Jaintia Hills district after a dynamite exploded, causing water to gush in and flood the mine. A search and rescue operation was underway as of Monday night. The police have identified three of the trapped miners as Abdul Karim, Abdul Kalam (both from Assam), and Shyamcharan Debbarma from Tripura.

The district Superintendent of Police, Jagpal Singh Dhanoa, said the action was taken based on the information received from Assam police about six workers being trapped in a coal mine in East Jaintia Hills on the night of May 30-31. The site was located at 6.00 am on Monday.

A man had tipped off the police in Assam’s Cachar about the incident. Dhanoa said there was a delay in the identification of the site due to inclement weather, poor night-light conditions and non-availability of any eyewitness accounts.

The search and rescue operation is being led by the State Disaster Response Force, under the supervision of the Inspector General of Police (Law & Order).

“As per eye witness account, due to the sudden explosion of dynamite, five persons got trapped in the sudden rush of water into the mine. Within no time, the mine was inundated,” Dhanoa said.He said the main culprit, as per the eyewitness accounts, was the mine’s “sordar” (manager) by the name of Nizam Ali, who did nothing to rescue the trapped labourers, and instead, threatened the survivors with dire consequences before chasing them away.

“Based on their account, an FIR is registered at Khliehriat Police Station vide Khliehriat PS Case No. 35(05)2021 u/s 188/269/270/304A IPC R/w section 21(5) MMDR Act R/W section 51(b) Disaster Management Act. The survivors are being looked after by the police to ensure their security. Further, investigation is on and no stone is being left unturned to arrest the sordar of the mine,” the SP said. He added that a person has detained for questioning.

Rat-hole coal mining is rampant in Meghalaya, despite a ban imposed by the National Green Tribunal in 2014. Most coal mines are owned by powerful people, activists say.The last known incident of a coal mine mishap in the state was in the same district in January in which six labourers from Assam died. A similar incident in 2018 killed at least 17 people.