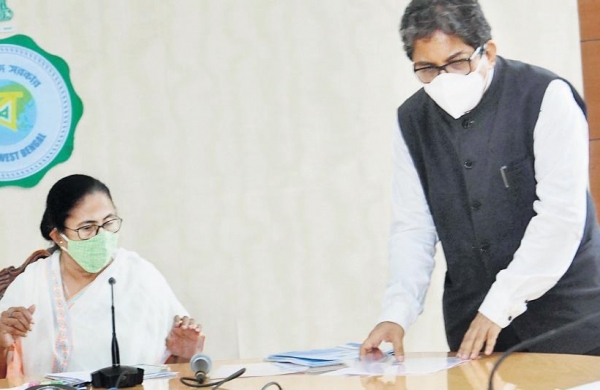 By Express News Service
KOLKATA: West Bengal Chief Secretary Alapan Bandopadhyay has earned a name for himself as a skilled administrator. The 1987-batch IAS officer started his professional career as a journalist with the Kolkata-based Bengali newspaper called Anandabazar Patrika. He then cracked the UPSC Civil Services Examination and joined the officialdom.

A diligent civil servant, Bandopadhyay has consistently demonstrated his commitment to his work. Despite his younger brother’s sudden death this month due to Covid, he continued to work hard for the state, no bothering to take a time off.

Bandopadhyay has served as the additional chief secretary of the micro, small and medium enterprises and textiles department before he was appointed as the additional chief secretary of the home and information department in 2019. He was the blue-eyed boy of the Left government, which ruled West Bengal prior to Mamata’s ascent. When the TMC supremo took over the reins of power in 2011, Bandopadhyay’s skills did not go unnoticed.

He has not had a single blot on his career. While reacting to the Centre’s transfer letter to him, Mamata herself noted that he has maintained a clean image throughout. Bandopadhyay’s wife Sonali Chakrabarty is the vice-chancellor of the University of Calcutta.

ALSO WATCH | One month after Mamata’s victory, turncoats want to ditch BJP to return to TMC