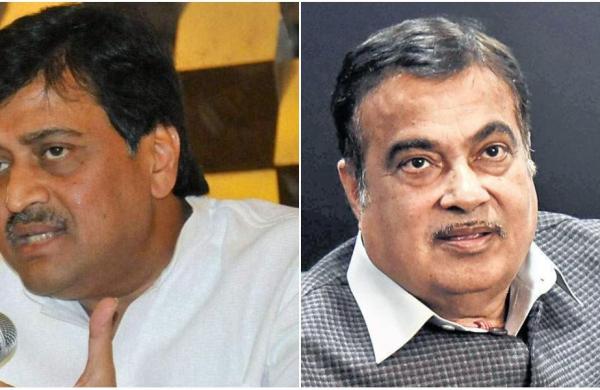 By ANI
MUMBAI: Maharashtra Minister and senior Congress leader Ashok Chavan on Sunday praised Union Minister Nitin Gadkari saying that he is the right man in the wrong party.

Addressing mediapersons via video conferencing, Chavan said, “I often talk about Nitin Gadkari. I had praised him the day before yesterday. He is an efficient minister. There are many issues which are related to basic amenities and infrastructure of Maharashtra. Gadkari takes those subjects seriously. I publicly praise his way of working either by writing articles or via tweets. But praising him does not mean that I support him politically. After all, he is a minister in the NDA government. So all I will say is that he is the right man but in the wrong party.”

On Sunday when the NDA government at the centre was celebrating the completion of seven years in office, Congress leader Ashok Chavan accused Prime Minister Narendra Modi-led government of failing to deal with the COVID-19 pandemic. He alleged that the Centre has taken all decision-making powers into its hands, but now after the outbreak of COVID, it is blaming the state governments.

Asked if he had a favourite minister in the NDA government, Chavan replied that “good words” could only be spoken about Union minister Nitin Gadkari who is also the MP from Nagpur. Chavan said Gadkari maintains a “dialogue with other parties despite ideological differences”. (ANI)

No local body polls in state till 70 per cent of people vaccinated: Maharashtra Minister

Over 47 lakh Covid vaccine doses administered on day one of revised guidelines: Centre