John Krasinski reacts to Amy Schumer’s joke on his marriage 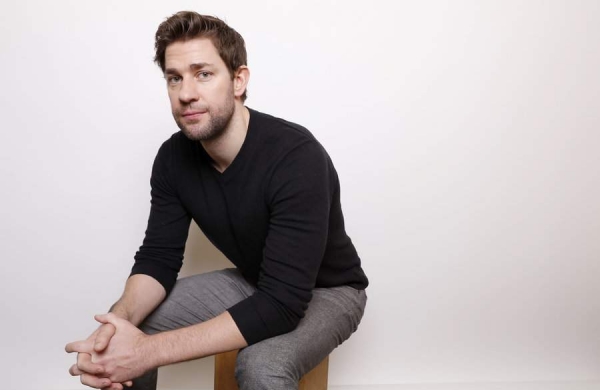 By ANI
WASHINGTON: Hollywood actor John Krasinski recently weighed in after stand-up comic Amy Schumer quipped on social media that he and wife Emily Blunt have a “pretend marriage for publicity”.

The 39-year-old comedian took to her Instagram handle on Sunday and shared an image from the new film ‘A Quiet Place Part II’, encouraging fans to head to a movie theatre to watch it.

In her caption, she joked about the A-list couple’s relationship, given that John directed Emily in the horror movie. She wrote, “I loved every second of @aquietplacemovie even better than the first one which blew me away. Amazing to be in a movie theater!!” followed by a popcorn emoji.

Talking about Emily and John, she continued, “and although Ive said for a long time I think Emily and John have a pretend marriage for publicity. But I still think you should see it this rainy weekend.”

Among those who commented on the lighthearted post was John himself, who replied, “Thank you Amy!… for blowing up our whole marriage spot.”

Not only did the ‘Jack Ryan’ actor proved that he has a good sense of humour about Amy’s remark, but that he can also take solace in knowing he wasn’t the only target of her recent quips.

“It’s well-known Emma stone is a toxic person but @disneycruella is amazing!!” Amy wrote on her Instagram Story later that day. Once again, she was clearly kidding, as Amy and Emma are good friends.

While pretty much everyone knows that John and Emily, who wed in July 2010, are relationship goals, the two stars have done their best to keep daughters Hazel and Violet from realizing just how famous they really are.

Given that ‘A Quiet Place Part II’ is on track to make USD 58.5 million at the North American box office over the four-day holiday weekend, according to The Hollywood Reporter, the pair might not be able to keep their kids from knowing about the family’s fame for much longer.