162.5 cm tall IRS officer who wants to join IPS accuses medical board of selling him short 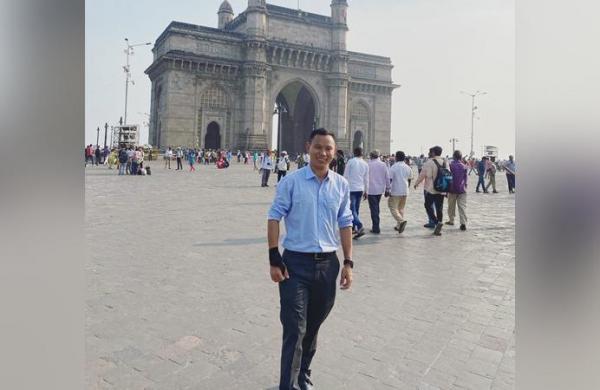 Express News Service
GUWAHATI: An Arunachal Pradesh doctor is mooting legal remedy for falling short of merit in the civil services examination due to his height — or lack of it.

Ojing Dameng argued that the Central Standing Medical Board (CSMB) did not give him the height relaxation, entitled to Scheduled Tribe (ST) candidates, and as such, he could not clear the bar for the Indian Police Service (IPS).

The medical graduate, who hails from Milang village in the state’s Upper Siang district which shares a border with China, was selected for the Indian Revenue Service (IRS). He is currently posted in Kolkata.

Ranked 644th in the Civil Services Examination of 2017, he was placed at No 2 in the provisional list of IPS officers in the ST category. However, a medical examination conducted by the CSMB declared him unfit for the IPS on the grounds that he is 162.5 cm tall, which is 2.5 cm less than the required minimum height of 165 cm for male candidates for the IPS.

He had challenged the CSMB’s decision by filing a petition in the Central Administrative Tribunal (CAT) in August 2018. He argued that candidates belonging to the ST category and to races such as Gorkha, Assamese, Kumaoni, Naga, Garhwali etc are entitled to a relaxation of 5 cm in the minimum height required for the IPS.

The CAT, however, dismissed his petition on May 27 for not fulfilling the requirements.

“…It is also not in dispute that he belongs to the Scheduled Tribes and is from the state of Arunachal Pradesh. On the basis of the rank and social status, he was placed at SI No 2 in the provisional list of IPS under ST category. That it was subject to his being found fit in the medical examination. Though the height of the applicant was found to be 162.5 cm, the requirement for a candidate for IPS is 165 cm,” the CAT said.

It rejected Dameng’s argument that it would be sufficient if a candidate belongs to ST category.

“The requirement is not only that a candidate must be Scheduled Tribe but he should also belong to any of the categories mentioned above. The applicant does not answer such description. Unless he fulfills the requirement of (a) being Scheduled Tribe and (b) belonging to the categories such as Gorkhas, Garhwalis, Assamese, Kumaonis, Naga etc. he cannot be extended the benefit of relaxation of height,” the CAT said.

Further, it said if the applicant had any qualms about this, he was supposed to challenge the relevant provision before taking part in the examination and since he did not do that, he cannot be extended any benefit at this stage.

Dameng told The New Indian Express he would challenge the CAT ruling in the high court.

“I will possibly move the high court. That is the only option left for me. Let’s hope something will happen, if not for me but for the future generations,” he said.

Based on his plea, Arunachal Chief Minister Pema Khandu has taken up the matter with the central government.

In a letter to Union Minister for Personnel, Grievances, DoNER and Pension Jitendra Singh, Khandu pointed out that the service condition on height deprived aspirants from Arunachal Pradesh of a special dispensation available to other similarly-situated aspirants.

“…This service condition was framed in 1951 and apparently, not updated. Arunachal Pradesh as a UT came into existence in 1972 and attained statehood in 1987. You will appreciate that when the Act was framed, the present day Arunachal was under Assam administration and when the benefit was extended to ‘Assamese’ in the Act, the spirit would have been to include the tribes of Arunachal too,” Khandu wrote to Singh.

“As the Minister in-charge of DoNER, you are fully aware of the tribal composition of the Northeast and will be able to fully appreciate the seriousness of this issue. Therefore, I earnestly request your good self to urgently look into the matter and necessary directions be made to amend the Act in the interest of equity and justice to the deserving candidate from Arunachal Pradesh,” he further wrote.

Dameng’s selection for the IPS would have made him the third such officer from Arunachal. The two other IPS officers from the state are Robin Hibu and Jimmy Chiram.