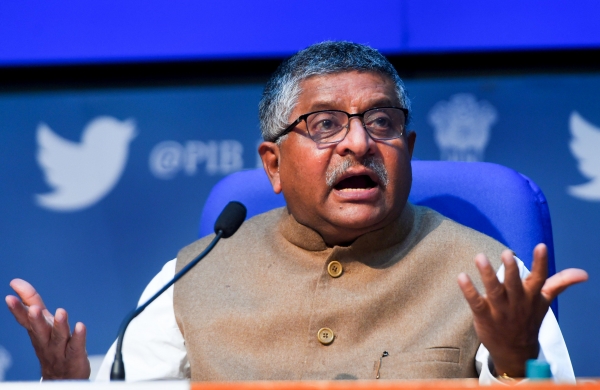 By Express News Service
THIRUVANANTHAPURAM: Union Minister Ravi Shankar Prasad has been acquitted in the criminal defamation case filed by Shashi Tharoor, MP, as the latter requested the court to withdraw the case. Tharoor made a request to withdraw the case following an out-of-the-court settlement reached between both leaders.

In March last year, Ravi Shankar Prasad, who is the Union Minister for Communications, Law and Justice, wrote to Tharoor expressing apology for making certain derogatory remarks against him. The case related to an incident that occurred in October, 2018 when Prasad had alleged that Tharoor was an accused in a murder case.

“On receiving subsequent information regarding the conclusion of investigation in the concerned case, I learnt that the said allegation against you is not factually correct. I accordingly, withdraw it unconditionally,” Prasad wrote to Tharoor. The remarks by Prasad against Tharoor were made when the latter had criticised PM Narendra Modi in strong words. In the letter, Prasad said had Tharoor done introspection, he should also have understood his comments against Modi were avoidable.

“While we differ politically, at times strongly, we both have maintained mutual respect and amity. You could surely appreciate that in a democratic polity, debate, discussion, differences, arguments as well as criticism are of essence. However, while upholding these statutory principles, one should not hurt other’s sentiments and reputation, and I had no intention of doing so in your case”, said Ravisankar Prasad in his letter.

Acknowledging the apology, Tharoor wrote to Prasad. “It was very gracious of you to withdraw your words in respect of myself, which had offended me greatly. I welcome your sentiments in view of our long association. I am happy to treat the matter as closed,” he said. Subsequently, Tharoor’s lawyer informed the Chief Judicial Magistrate Court, Thiruvananthapuram, about their decision to withdraw the case and the CJM acquitted Ravi Shankar Prasad in the case.