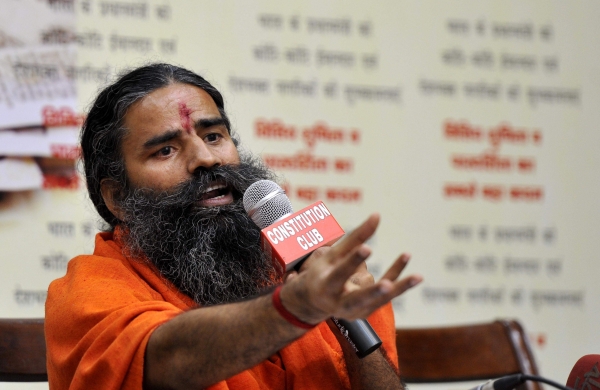 By PTI
KOLKATA: The Bengal chapter of the Indian Medical Association (IMA) has lodged a complaint against Yoga guru Ramdev with the police for his alleged comment that many Covid-19 patients including doctors have died as modern medicines cannot treat the disease.

The organisation lodged the complaint at Sinthi police station in Kolkata accusing Ramdev of creating confusion among the public with “misleading and false information” during the pandemic.

“Ramdev has said that Covid patients are suffering and dying more due to modern medicine that cannot treat coronavirus. He has also said that more than 10,000 doctors have died even after taking both the doses of the vaccine, which is absolutely false,” the IMA’s Bengal branch said in the complaint lodged on Friday.

“By spreading such misleading and false information, he is creating confusion during this pandemic, which is a serious offence,” it added.

In a viral video clip, Ramdev is heard saying that “lakhs have died from taking allopathic medicines for COVID- 19.”

He was also heard questioning some of the medicines being used to treat coronavirus.

The yoga guru withdrew it on May 23.

Earlier, the IMA said Ramdev’s remarks should be “considered as hate speech” and he should be booked under the Epidemic Diseases Act for misleading people by making “untutored and unlearned” statements.

The yoga guru on May 24 posed 25 questions to the IMA in an ‘open letter’ on his Twitter handle, asking if allopathy offered permanent relief for ailments such as hypertension and type-1 and 2 diabetes.