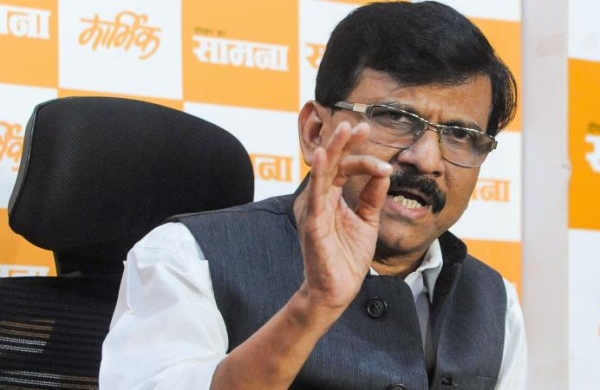 By ANI
MUMBAI: As Prime Minister Narendra Modi led Central government completed seven years in office on Sunday, Shiv Sena MP Sanjay Raut said that the current Central government has nothing new to offer to the people of the country.

MP Raut said, “As compared to former Prime Minister Jawaharlal Nehru’s regime, the current Central government has nothing new to offer to the people of the country. The infrastruture, institutions developed in the period of Nehru is still existing and thiriving.”

“I know that there are no corruption charges on the present government,The expectations of people from the government are based on basic necessities ‘roti, kapda, makan’, no one wants to become Tata, Birla and Adani”, the Shiv Sena leader said.

“I agree that the Centre claims to be not tainted by any corruption charges, but they should not shy away from addressing the issues raised by Congress leader Rahul Gandhi”, he said.

Supporting West Bengal CM Mamata Banerjee for opposing the presence of Opposition party in the review meeting of Cyclone Yaas chaired by PM Narendra Modi, Raut said, “The differences between Centre and Mamata di’s opinions are not new. However, this time, I agree with her. She raised the point that as to why an opposition leader was called up in the meeting when no opposition leader was present in any other state’s Cyclone-related review meeting.”

On Friday, Prime Minister Narendra Modi held a review meeting at Kalaikunda in Paschim Medinipur district in West Bengal to take stock of the post cyclonic situation. Mamata Banerjee was supposed to attend the meeting. However, she arrived late by 30 minutes and handed him over reports of damage caused by the impact of Cyclone Yaas. Following this, she left for her pre-scheduled meeting at Digha.

The Shiv Sena leader also spoke upon the recent bribery case of the Maharashtra Transport Minister, Anil Parab. He said, “The opposition parties are continuously engaged in putting false allegations and demanding resignation on the same. As of now, I think that Anil Parab will be in a better position to comment on the matter.”

Meanwhile, Maharashtra Police has set up a three-member panel to inquire into the allegations of corruption and bribery against state transport minister Anil Parab, transport commissioner Avinash Dhakne and five other senior department officials.