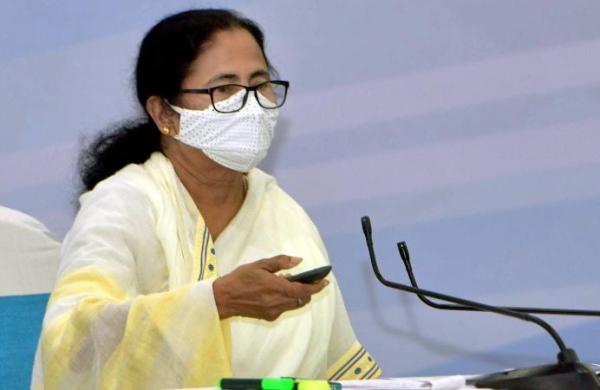 Express News Service
KOLKATA/NEW DELHI: The optics of the first in-person meeting Prime Minister Narendra Modi had lined up with West Bengal Chief Minister Mamata Banerjee at Kalaikunda, was as turbulent as cyclone Yaas itself, whose destruction they were expected to review, since the latter skipped the scheduled interaction.

Defence minister Rajnath Singh expressed shock at the no-show, saying Mamata had violated the basic tenets of the Constitution’s federal system. The first fallout was the Centre’s order to recall Bengal Chief Secretary Alapan Bandopadhyay, whose tenure was extended for three months on the CM’s request just four days ago.

Bandopadhyay has been asked to send him to the Department of Personnel and Training’s office in Delhi by May 31 morning. Mamata has to relieve him first before he can be sent back.

ALSO READ| ‘Has this ever happened?’ TMC on Centre’s Bengal Chief Secretary move

Mamata later met Modi for 15 minutes and presented a sheaf of papers containing the state government’s assessment of the cyclone damage. As for the meeting, the presence of the leader of Opposition Suvendu Adhikari was the trigger for Mamata’s anger, as Suvendu had defected from Trinamool to the BJP and defeated her in a tight race in Nandigram.

But, the Centre claimed invites to other Opposition leaders like Adhir Ranjan Chowdhury (Congress) too had gone out. Adhir expressed his inability to make it as he was in Delhi for a meeting. However, he told this newspaper that he had been informed about the meeting only around 7.30 am on Friday. “It was not possible for me to attend it at such short notice,” he said.

The meeting in Odisha was attended by Chief Minister Navin Patnaik and also by Union ministers Dharmenda Pradhan and PC Sarangi, both hailing from the state. “The PM and the CM are not individuals, but institutions. Both discharge duties, swearing on the Constitution, for the public welfare. Such behaviour towards the prime minister is painful,” said Rajnath.