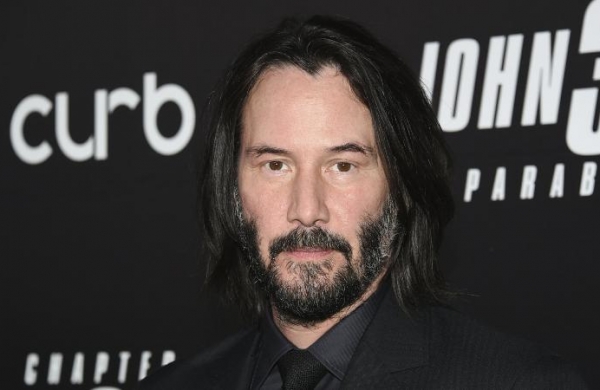 By Express News Service
Japanese-British pop superstar Rina Sawayama is set to make her feature film debut. The singer has been cast alongside Keanu Reeves in Lionsgate’s fourth instalment of John Wick.

The film marks the Japanese-British popstar’s foray into feature films. Sharing the news on Twitter, an elated Sawayama wrote, “My feature film acting debut in John Wick 4! I’m so excited!”

Plot and details about the role Sawayama will play are currently kept under wraps. John Wick: Chapter 4 is directed by Chad Stahelski, who directed the first three instalments in the series, from a script written by Shay Hatten and Michael Finch. The films follow a retired hitman who is compelled to take up his violent ways after the demise of his wife.

Basil Iwanyk, Erica Lee, and Stahelski are producing the film, with Reeves and Louise Rosner serving as the executive producers. The project is expected to begin production this summer, shooting on location in France, Germany and Japan.

The third film, John Wick: Chapter 3 – Parabellum released in 2019, and the fourth chapter was initially scheduled to release this month but was pushed to May 22, 2022 due to the coronavirus pandemic. Meanwhile, a John Wick spin-off titled The Continental is in development at Lionsgate TV. The series will explore the life of Winston.

Scarlett Johansson says Black Widow was ‘sexualised’ in the beginning