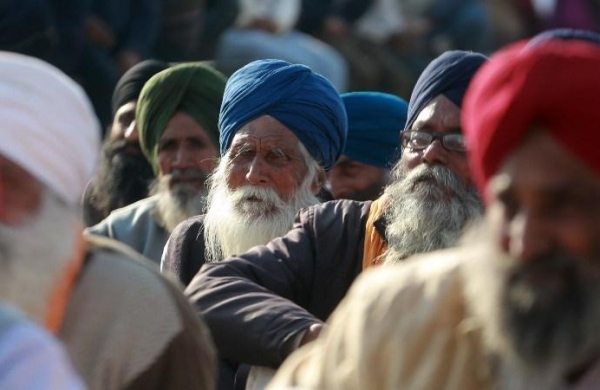 By PTI
NEW DELHI: Farmers will observe June 5 as ‘Sampoorna Kranti Divas’ by burning copies of the Central farm laws in front of the offices of BJP MPs and MLAs to mark the day when these legislations were initially promulgated as ordinances last year, the Samyukta Kisan Morcha said on Saturday.

After being promulgated as ordinances, Parliament in September last year passed the proposed legislations and were later made law following presidential assent.

Scores of farmers have been camping at Delhi’s borders since November last year demanding the Farmers’ Produce Trade and Commerce (Promotion and Facilitation) Act, 2020; Farmers’ (Empowerment and Protection) Agreement on Price Assurance and Farm Services Act, 2020; and the Essential Commodities (Amendment) Act, 2020 be rolled back and a new law made to guarantee minimum support price for their crops.

The Samyukta Kisan Morcha, an umbrella body of protesting farmers unions spearheading the agitation, said, “On June 5, 1974, Jayaprakash Narayan had declared ‘Sampoorna Kranti’ and launched a mass movement against the then central government. Last year on June 5 the government had presented these anti-farmer laws as ordinances.”

Jayprakash Narayan had at a public meeting in Patna’s Gandhi Maidan on June 5, 1974, asked the people of Bihar to observe the day as ‘Sampoorna Kranti Divas’ (Total Revolution) and then form a ‘janata sarkar’ in every village to usher in a new social order.

“The SKM has decided that on June 5, ‘Sampoorna Kranti Divas’ will be observed all over the country. We appeal to citizens to burn the copies of three agricultural laws in front of offices of BJP MPs, MLAs and representatives…make it a mass movement and force the government to repeal the farm laws,” the umbrella body of protesting farmers unions added.

The protesting farmers on Saturday also paid tribute to former prime minister Chaudhary Charan Singh on his death anniversary and remembered his contribution for the development of agriculture, farmers and villages.

“Chaudhary Charan Singh wanted to make the country ‘aatmanirbhar’ (self-reliant) in which the farmers, labourers and the people of the villages could live happily.

“The distrust of farmers in this government reminds them of Chaudhary Charan Singh, who faithfully put every problem and pain of the farmers before the society and the government and resolved it,” they said.

According to the SKM, a large batch of farmers from Punjab’s Doaba have joined the protesters at the Singhu border on Saturday and many more are expected to join in the coming days to strengthen the ongoing movement.

The Centre has been maintaining that the new farm laws will free farmers from middlemen, giving them more options to sell their crops.

The protesting farmers, however, say the laws would pave the way for eliminating the safety cushion of minimum support price and do away with the ‘mandi’ (wholesale market) system, leaving them at the mercy of big corporates.