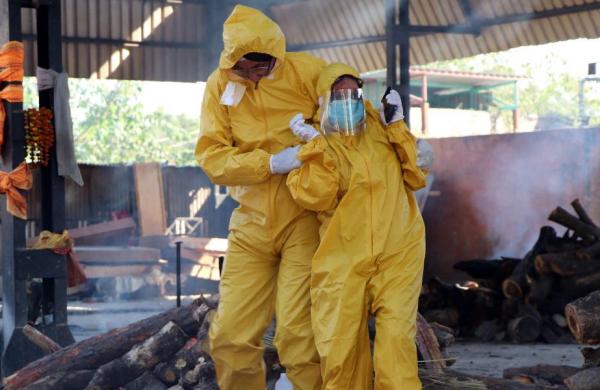 By PTI
NEW DELHI: The single day rise in coronavirus cases in India fell below the 2-lakh mark for the second time this month, while the recoveries continue to outnumber daily cases for the 15th consecutive day, according to the Union Health Ministry data updated on Friday.

The active cases have further reduced to 23,43,152 comprising 8.50 per cent of the total infections with a net decline of 76,755 cases in the active caseload in 24 hours, while the national COVID-19 recovery rate has improved to 90.34 per cent.

The ministry stressed that more than 70 per cent of the deaths occurred due to comorbidities. “Our figures are being reconciled with the Indian Council of Medical Research,” the ministry said on its website, adding that state-wise distribution of figures is subject to further verification and reconciliation.

The ministry also said that cumulatively 20.57 crore number of COVID-19 vaccine doses have been administered in the country. India is the second country after the US to achieve the vaccination landmark of 20 crore.