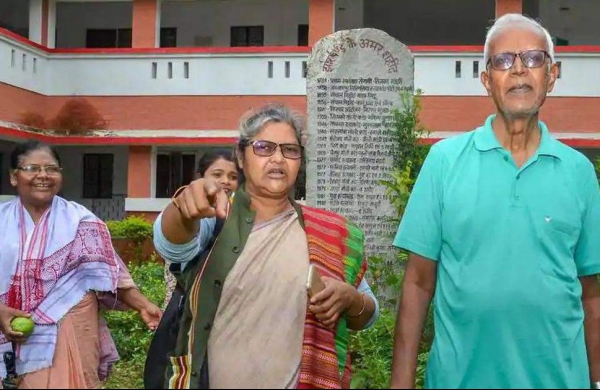 By PTI
MUMBAI: The Bombay High Court on Friday directed the jail authorities in Maharashtra to shift Jesuit priest and activist Stan Swamy, an accused in the Elgar Parishad-Maoist links case, from the Taloja prison to a private hospital in Mumbai for treatment for two weeks.

A bench of Justices SS Shinde and NR Borkar directed the prison authorities to ensure that Swamy, 84, was shifted from the prison in Navi Mumbai to the Holy Family Hospital in suburban Bandra “preferably during the course of the day.”

Swamy has been lodged in the Taloja prison hospital since his arrest in the case in October 2020.

At the time, the bench had said that while the issue of the medical bail would be decided later, Swamy could be shifted to the state-run JJ Hospital in Mumbai for treatment.

Swamy, who suffers from multiple ailments, was present before the court at the time via video-conferencing, but had refused to get admitted to the JJ Hospital, saying he had been there twice earlier but had found no relief.

The octogenarian tribal rights activist had said he would “rather die in prison than go to JJ Hospital”.

The bench had then offered to shift Swamy to a hospital of his choice but he said no.

Advocate Desai had then sought time to speak with Swamy and to convince him to get admitted to a hospital.

On Friday, Desai told the bench led by Justice Shinde that Swamy had agreed to get admitted to the Holy Family Hospital.

They said the state could not be expected to bear the cost of Swamy’s treatment at the private hospital.

They suggested that Swamy be shifted to the JJ Hospital instead.

The HC, however, permitted Swamy to be shifted to the Holy Family Hospital after Desai said the cost of treatment would be borne by Swamy and his aides.

“We are of the view that the appellant can be given a choice of Holy Family Hospital for his treatment for 15 days. Appellant (Swamy) will bear the expenses,” the HC said.

“It is not in dispute that appellant’s age is 84 years and according to findings recorded by a team of doctors from JJ Hospital, he needs treatment.

“We request that the administration of Holy Family Hospital provide one attendant keeping in view age of the appellant,” the bench said.

The HC also permitted Swamy’s colleague, one Father Frazier, to meet him at the hospital at regular intervals as per hospital protocols.

On May 21, Swamy had told the HC that his mental and physical health had declined steadily while being lodged at the Taloja prison.