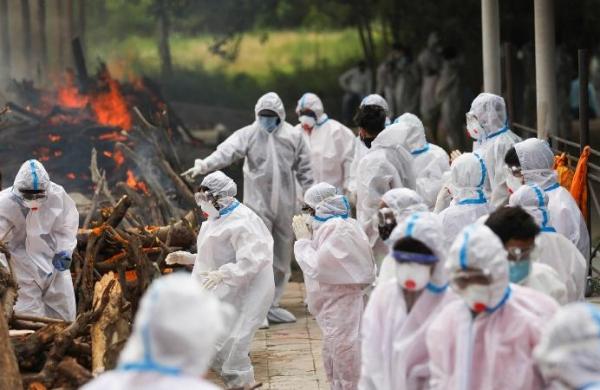 By Express News Service
NEW DELHI:  The Centre on Wednesday rubbished a report by The New York Times that said India’s official COVID-19 death and case counts are much less than the actual figures. Lav Agarwal, joint secretary in the Union ministry of health and family welfare called the report “completely false and baseless”.

The New York Times on Wednesday put out a report claiming that the official toll of 3.1 lakh may be misleading and “a more likely” figure could be 16 lakhs. According to the daily, in the worst-case scenario as many as 42 lakh people may have died.

“This entire report is baseless and false. We don’t know on what basis this estimation work was done. We have a robust system in place,” Lav Agarwal said.

VK Paul, the chairman of the national COVID-19 task force said, “Our serosurvey has shown that the actual infection mortality could be 0.05 per cent – so on what basis has this news reports calculated by imaginary mortality rates of 0.3 and 0.6 per cent?”