Those who did not get corona are also having black fungus! Four patients admitted in Mekahara

Corona did not happen, four patients admitted, Mekahara, they are also having black fungus 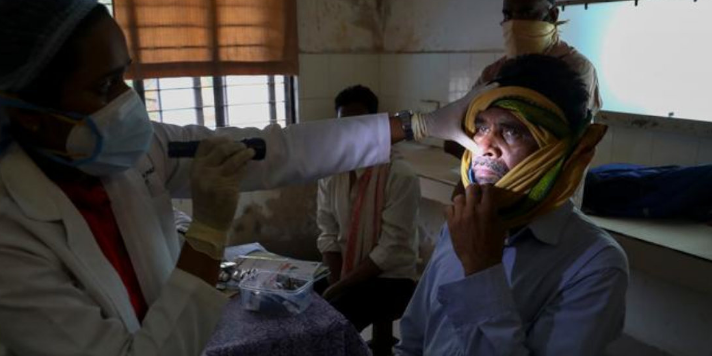 After being corona, the matter of black fungus was coming to the fore till now, but now such people are also coming out, who are having black fungus even after not having corona. Four such patients are being treated at Mekahara, Raipur.

Of the 18 patients admitted for treatment of black fungus in Mekahara, 4 were not covered. Out of these, 2 patients from Bilaspur, Baloda Bazar and Mungeli are included one patient. However, experts have clarified that the disease will not spread to many people, as it is not contagious. There is nothing to fear. Be careful and contact the doctor immediately if symptoms occur.

Superintendent of Dr. Bhimrao Ambedkar Hospital, Dr. Vineet Jain said that we have 18 patients admitted with black fungus, out of which there are four such patients, who have no covid history. They have also got black fungus. Currently, the cause of blanc fungus is not known to him. He told that out of the four patients suffering from the fungus, two are patients who do not have diabetes. At the same time, two patients came to know that they have diabetes after having black fungus. All patients are undergoing treatment. Operation is also being done as per the requirement.
At the same time, Director of Medical Education RK Singh said that black fungus is being treated in all medical colleges of the state. All medical colleges have patients admitted. At present, there is no shortage of medicine, the supply of medicine is going on.