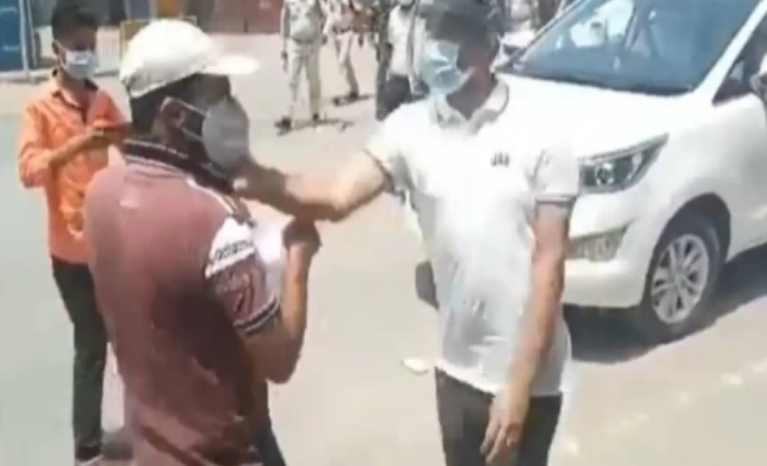 The investigation into the slapping of former collector Ranbir Sharma has started. The Surguja commissioner has described both the victim’s minor and the youth.
Information has not yet been shared with the media. On May 22, the video of the collector slapping the young man went viral on social media. The collector was transferred after the video went viral.
Let us tell you that a video of Surajpur Collector Ranvir Sharma beating and breaking a mobile with a youth has come out, it is also alleged that the collector has beaten a minor.
After the video surfaced, Ranbir Sharma has been attached in the ministry on the instructions of Chief Minister Bhupesh Baghel. But in this case, now the Central Commission has also taken cognizance of taking legal action against Ranbir Sharma.