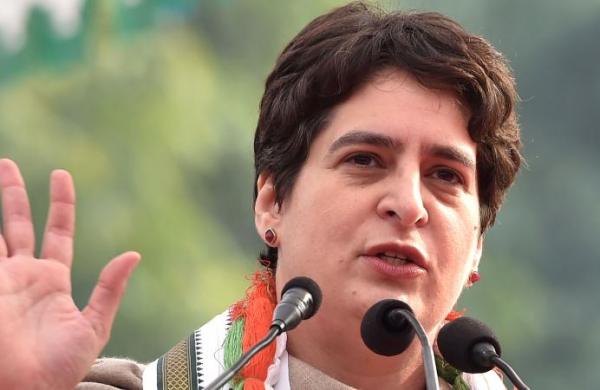 By PTI
NEW DELHI: Congress leader Priyanka Gandhi Vadra on Thursday hit out at the Centre over what she said was a “directionless” vaccination policy and questioned the government over the export of jabs earlier this year.

The Congress general secretary’s attack on the government came in a Facebook post as part of her ‘Zimmedaar Kaun?’ (who is responsible) campaign under which she is asking questions of the government over its handling of the coronavirus pandemic.

Countries around the world had come to know in 2020 that the vaccine is the most effective weapon to fight coronavirus and large countries ordered last year vaccines many times more than what their population required, Priyanka Gandhi said.

The prime minister, after announcing in August 2020 that the government had a complete plan to provide vaccines to all, placed the first order in January 2021, that too for only 1.6 crore vaccine doses for India’s 130 crore population, she said in her post in Hindi.

“Today, the locks hanging at vaccine centres everywhere, the appeal by the states for vaccines and the declining pace of vaccination bear testimony to the government’s directionless vaccine policy,” Priyanka Gandhi said.

Earlier in the day, in a video on Twitter, Priyanka Gandhi asked why is India, one of the largest manufacturers of vaccines in the world, facing a scarcity of vaccines.

Why was the first order of vaccines by the government of India placed in January 2021 when other countries began placing their orders in the summer of 2020, she asked.

“Why did our government export six crore vaccines between January and March 2021, while vaccinating only 3.5 crore Indians during the same period of time,” she said, questioning the government.

The Government of India owes the people of the country answers, Priyanka Gandhi said, adding that “we have to ask them questions and they have to answer us”.

Questions need to be asked so that the people in power understand their responsibility and accountability towards this country, Priyanka Gandhi had asserted while announcing her ‘Zimmedaar Kaun’ campaign on Tuesday.

The Congress has been critical of the Centre’s handling of the Covid situation in the country, especially its vaccine policy, but the government has dismissed the criticism of the Opposition party, accusing it of politicising the pandemic.