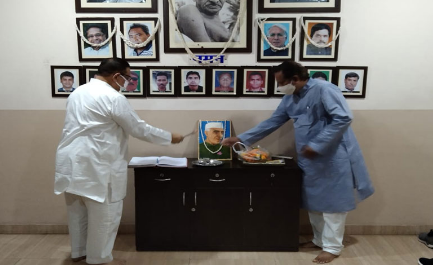 Pt. Jawaharlal Nehru was remembered on the death anniversary of the Chhattisgarh Congress office at Rajiv Bhavan on Thursday. In the presence of State Congress Treasurer Ram Gopal Agrawal and Vice President Girish Dewangan, Pt. Nehru’s biography and works done in the national interest were remembered and paid tribute to him. During this time other Congressmen were also present. Everyone paid homage to Pt. Jawaharlal Naheru.