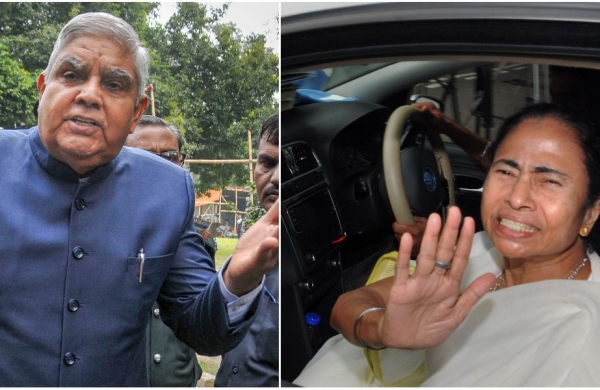 By Express News Service
KOLKATA: After an intense war of words between West Bengal Governor Jagdeep Dhankhar and CM Mamata Banerjee over the issue of post-poll violence, the former  appreciated the state government’s “exemplary commitment in synergy” in combatting cyclone Yaas.

On his Twitter handle, Dhankhar also uploaded photographs showing how the central agencies such as Air Force and NDRF swung into action to save people in distress in the cyclone-hit areas.

The two constitutional functionaries of the state were locked in a verbal spat since the election results were announced. The face-off between Dhankhar and Mamata did not even spare the swearing-in ceremony of the CM as Dhankhar raised the issue of ‘unprecedented’ post-poll violence and Mamata, in a reply, said trouble broke out in the areas where the BJP won.

A day before the cyclone was scheduled to make a landfall in Odisha, the Governor went to the Alipore Meteorological Office to assess the impact of the calamity. While coming out, he did not miss the opportunity to criticise the state government for post-poll violence while interacting with journalists.

From the Met office, he went straight to the secretariat and visited the control room, from where the CM supervised the state government’s preparedness.

The ruling party, however, said the governor’s appreciation came at a time when the CM left no one unturned to ensure people’s safety in the cyclone-hit areas. “His tweet is a mere eye-wash. He found no fault in the state government’s preparedness. No opposition party raised a single serious allegation accusing the CM of not playing active role to save the people in need. Actually, the Governor had no option left other than praising the CM,” said a senior Trinamool Congress leader.