COVID: Pakistani Hindu migrants in Rajasthan appeal to PM Modi for vaccination based on travel documents 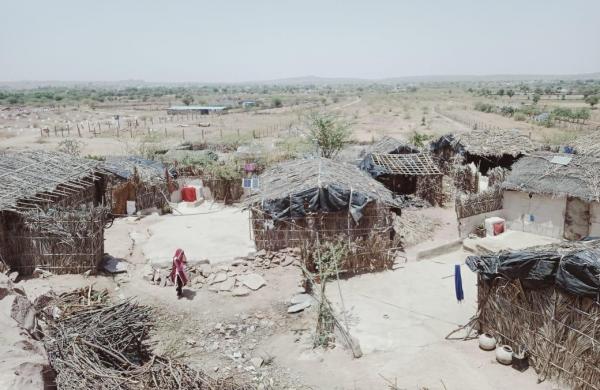 Express News Service
JAIPUR: While the Indian citizens over 18 are being vaccinated as a defence against the Corona virus, The Pakistani Hindu migrants living in Rajasthan are being turned away from vaccine centers as they have no Aadhar cards. Now, the migrants have appealed to PM Modi to be inoculated based on their travel documents.

A large population of migrants are waiting for citizenship. The Adhar card is created when someone is a citizen of India. The displaced ask that when sages, saints, and homeless people are being vaccinated without an Aadhar card, then why not them?

Shyam Hirani is one such migrant who had come to Jodhpur from Pakistan’s Sindh province in 2009. When he went with his five-member family to a vaccine center in Jodhpur, he was asked to go back.

“We have been living in Jodhpur for the last 12 years and have applied for Indian citizenship but we do not have Aadhar cards so we were not given the vaccines. The Corona second wave is killing so many people in Jodhpur and the lives of my family members are in danger if we do not get vaccinated”, he said.

Tired of the religious persecution in Pakistan, hundreds of Pakistani Hindus had come to settle in India before the Thar Express was closed. These migrants are living not just in Jodhpur, but also in Jaisalmer and in many areas of the state. More than 30 thousand Pakistanis are living in Jodhpur, Jaipur, and Jaisalmer, who do not have a Aadhaar card.

Migrant activist, Ashok Suthar, says that 10 Pakistani Hindu migrants have died due to Corona-like symptoms and lack of medical facilities in Jodhpur, although many have recovered.

“Coronavirus is spreading rapidly in these areas and in 21 such ghettos 50 people have been found for the positive while 1500 people have an influenza-like illness but they have never had any medical investigation done”, he said.

Hindu Singh Sodha, President of Lok Seemant Sangathan, an NGO working for their rights has written a letter to the Prime Minister asking for vaccination for the migrants.

“Pakistani migrants have travel documents. People have term visas and permission to stay. Inoculate with these documents. Nomads, saints, homeless, etc. are included in the notification of the Union Ministry of Health but this most vulnerable group is left out! ” Hindu Singh Sodha, President of Lok Seemant Sanghthan urged.

Jodhpur is also the hometown of Chief Minister, Ashok Gehlot, and the state government has given reassurance to the migrants that they will be vaccinated. But the entire issue is linked with the Central Government as well.

In 2019 before the Lok Sabha elections, Prime Minister Modi had conducted a huge rally in Barmer where he had promised to mitigate the problems of the Hindu migrants from Pakistan. After the passing of the Citizenship Amendment Act, the migrants hoped that they would get citizenship soon and their identity crisis would end, but the troubles in the corona period remain the way they were.