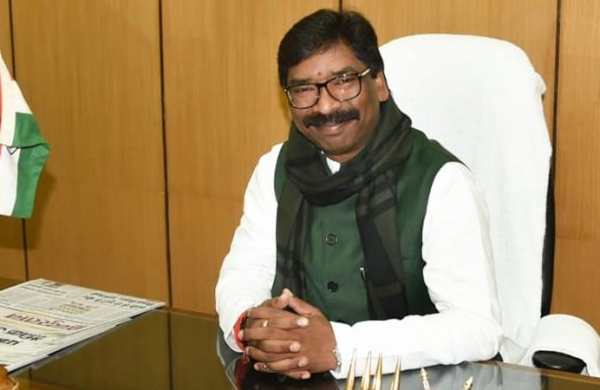 By PTI
RANCHI: Hitting out at the Centre for “launching vaccination drive without preparedness”, Jharkhand Chief Minister Hemant Soren on Thursday said the state is facing an acute shortage of vaccines with jabs for 18-44 age group almost over and hardly two to three days vaccines left for the people above the age of 45 years.

Accusing the centre of “no transparency in vaccine allocation”, Soren said under the circumstance he was left with no other option than to appeal to the companies operating in the state to come forward for vaccination of communities in their areas.

“We are facing acute shortages of vaccines. The vaccine stock for the 18-44 age group is almost over and there is hardly two to three days stock for people above 45 years.

“We have raised the demand for vaccines but there is no clarity…There is no transparency in vaccine allocation,” Soren told PTI.

Alleging that the inoculation drive was launched “without preparedness”, the CM said things have become complicated.

Soren urged corporates functioning in the state to bear the cost of vaccination of the 18-44 age group communities in their vicinity under CSR (corporate social responsibility).

The mineral-rich Jharkhand has a number of corporate houses both the public and private sectors including Tata Steel, Tata Motors, Steel Authority of India Ltds’ Bokaro Steel Plant, RDCIS and Coal India arms like Central Coalfields Ltd to name a few.

“It’s need of the hour that the government and the corporate sector come together in the interest of public health. Therefore, I appeal to all the companies operational in Jharkhand to ensure awareness and bear the cost of vaccination of the communities, especially within the age-group of 18-44 years, residing within their CSR operational area.

“This will ensure that all the eligible clients are vaccinated at the earliest,” he said.

He said the whole world has been afflicted with COVID-19 pandemic for more than a year now and all states including Jharkhand were being ravaged by the deadly second wave.

Jharkhand is left with barely one lakh vaccines for 18-44 age group while for the people above 45 years, doses will suffice barely for two to three days, a senior official said.

There are 700-800 vaccination centres across the state, he said adding vaccination drive has been halted at many centres in the wake of severe cyclonic storm ‘Yaas’.

“We have 3.5 crore people in the agegroup of 18-44 years but against our initial requirement of 50 lakh doses, we could get only 5 lakh for May. Another consignment of 5 lakh doses is due for June,” Nodal Officer for vaccination drive A Dodde told PTI.

There are about 85 lakh people above the age of 45 in the state.

“The government of Jharkhand is dedicated and devoted to fight this battle against COVID-19 with all its might, we all know that vaccination is the most important tool we have at our disposal to help stop this pandemic.

“The state government believes that everyone is entitled to ‘Right to Life’ and hence is committed to provide vaccines to all its citizens free of cost irrespective of their caste, creed or religion.

“It is the need of the hour that the government and the corporate sector come together in the interest of public health,” Soren said in his appeal to corporates.

Last week the chief minister had said that Jharkhand got barely 40 lakh doses of vaccines against a requirement of 4 crore doses, leading to the shortage.

However, the state government would make serious efforts to procure vaccines, including through imports, he had said.

Earlier, blaming organisations authorised by the centre for not making available vaccines, Jharkhand had put off the 18 plus anti-COVID jab from May 1 and launched the same on May 14.

Jharkhand is also badly hit by the second wave of the deadly virus.

The state has so far recorded 4,910 COVID related fatalities.

On Wednesday, the state had slammed the centre over vaccine wastage, saying it is wrong to project that the vaccine wastage proportion is as high as 37.3 per cent in the state whereas the fact remains that it is much below the national average and currently stands at 4.65 per cent.

The Jharkhand government retort came a day after the centre said despite urging states repeatedly to keep vaccine wastage below 1 per cent, many states such as Jharkhand (37.3 pc) were reporting much higher wastage than the national average (6.3 pc).