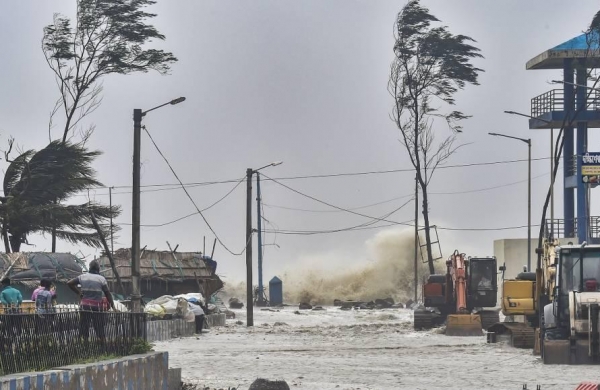 By PTI
KOLKATA: At least one crore people were affected and three lakh houses damaged in West Bengal due to the rough weather conditions arising out of cyclone ‘Yaas’, Chief Minister Mamata Banerjee said on Wednesday.

One person died “accidentally” when he had gone out fishing, she said.

Cautioning people that high tide in seas, caused by the storm surge, would persist, Banerjee claimed that Bengal happens to be the “most-affected state”.

Cyclone ‘Yaas’ made its landfall on Wednesday morning near Dhamra port in Odisha, at 130-140 kmph, gusting to 155 kmph, according to Doppler radar data.

The chief minister further said that as many as 15,04,506 people have been evacuated from the vulnerable areas in the state and moved to safer places.

“I will soon be undertaking an aerial survey of the affected areas in Purba Medinipur, South 24 Parganas and North 24 Parganas districts,” Banerjee said.

As of now, the government has a preliminary idea of the damage caused, from the reports provided by the district magistrates and other senior officials, the CM said.

“We will be conducting field surveys to get a final estimate. It will take us at least 72 hours to get a clearer idea,” she added.

Good that Centre realised things won’t work in UT without mainstream J&K parties: NC ahead of meet with PM Modi