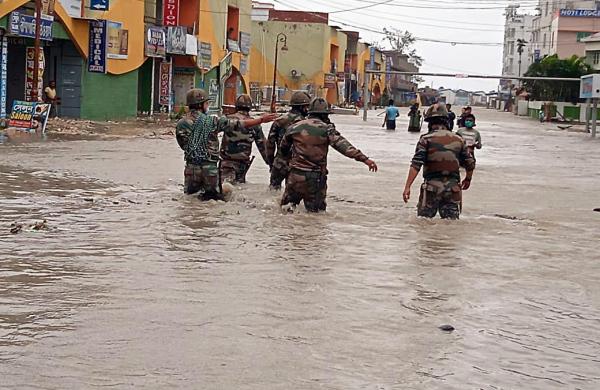 By ANI
KOLKATA: The Indian Army on Wednesday said that in coordination with the West Bengal government it has positioned rescue and relief columns across the areas on the Odisha-West Bengal coast expected to be affected by “very severe cyclonic storm”, which made landfall this morning, battering coastal districts of the two states with heavy rain and strong winds.

“To provide immediate support to people in emerging situation due to #CycloneYaas, briefing, joint recce, liaison & coordination with WB govt has been completed. Rescue and Relief columns are pre-positioned across areas expected to be affected for immediate response”, the Indian Army said.

According to the India Meterological Department, the very severe cyclonic storm Yaas centred about 50 kilometer south -southeast of Balasore and landfall process commenced at 9 am.

“Meanwhile, in East Midnapore, one rescue column has been launched to rescue 32 civilians who are stuck due to a surge in water levels”, the Army said.

The West Bengal state government has set up a round-the-clock control room in the secretariat annexe to monitor the situation.