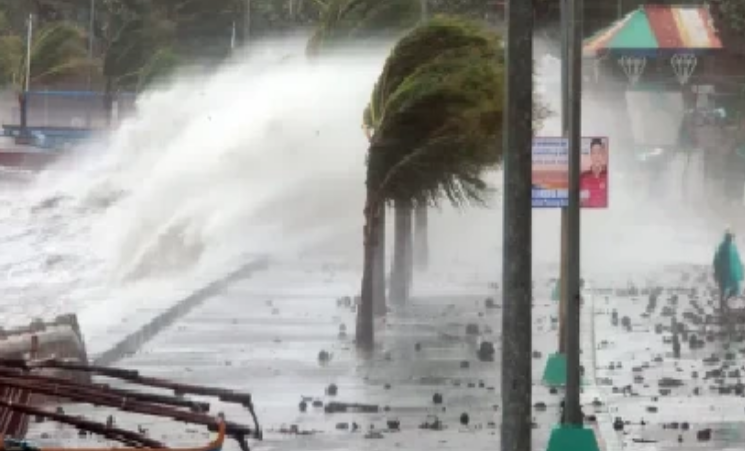 Cyclone ‘Yas’ has started showing an effect in Chhattisgarh and many areas including the capital have been witnessing strong winds since morning. According to the Meteorological Department, it will be cloudy throughout the day while light rain may occur in some areas. Although there will not be much impact of the storm on the state.
After the tout, the country is now facing the threat of cyclone Yas. It will hit Odisha and West Bengal beaches on Wednesday. Earlier, rains have started in many areas from today itself. It is raining today in Bhubaneswar, Chandipur in Odisha and Digha in Bengal. An alert has also been issued in Bihar and Jharkhand regarding the storm.
.Yas has started getting dangerous from Monday night. Due to this effect, there may also be rains in Medinipur, 24 Parganas and Hooghly in Bengal today. The National Disaster Response Force (NDRF) had evacuated several areas of East Medinipur and Digha on Monday itself.
Yas storms are expected to strike between Paradip and Sagar Island on Wednesday. This can cause winds at speeds up to 165 km per hour and waves up to 2 meters to 4.5 meters. The meteorological department says that yas can be very dangerous before hitting the beach. After passing through the beach, it is expected to increase further by Wednesday afternoon.
Disaster relief teams are deployed in West Bengal and Odisha in view of the Yas storm. The Air Force and Navy also keep some of their helicopters and boats in reserve for relief work. Balasore, Bhadrak, Kendrapara, Jagatsinghpur, Mayurbhanj and Keonjhar districts of Odisha have been declared high risk zones due to the storm.