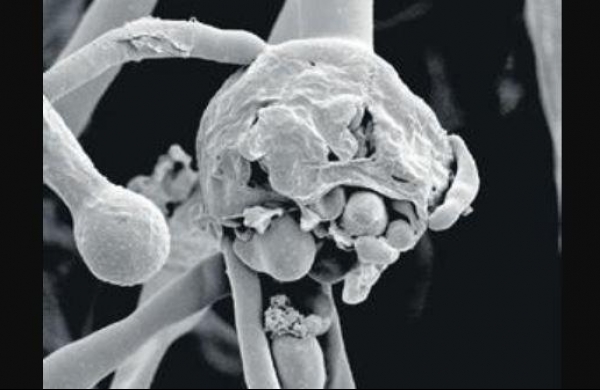 By PTI
JAIPUR: Rajasthan is the first state which has declared the black fungus infection as a notifiable disease, Chief Minister Ashok Gehlot said on Saturday as the government ordered immediate tracking of its existing and potential patients.

The Rajasthan had declared the black fungus infection or mucormycosis, largely reported among the cured Covid patients allegedly due to the overuse of asteroids during their treatment, a notified disease May 19.

A total of 20 government and private hospitals across the state have been authorised for the treatment of black fungus.

“I am happy that Rajasthan has become the first state in India to declare black fungus as a notifiable disease (under the Rajasthan Pandemic Act of 2020) and has made provision for its treatment,” he tweeted.

Gehlot also supported Congress president Sonia Gandhi’s letter to Prime Minister Narendra Modi, demanding from him to ensure the supply of essential medicines for the treatment of the black fungus infection and cost-free care to those affected.

In her letter to the prime minister, she also pointed out that the treatment of mucormycosis is not covered under Ayushman Bharat and most other health insurance plans and sought immediate action on the issue.

Gehlot said her suggestion for ensuring a sufficient supply of essential drugs and cost-free treatment for black fungus is very important for common people who are already battling with the deadly second wave of COVID-19.

Meanwhile, the state government on Saturday directed district level officers for identification and early detection of the patients with black fungus infection.

Principal Secretary (Medical & Health) Akhil Arora issued an order directing officials to prepare reports of COVID-19 patients suffering from diabetes/cancer or have had an organ transplant and were given steroid during treatment.

The reports will be prepared at the village and ward level within three days.

He also directed officials to create awareness about the disease among people.

As many as 115 coronavirus deaths and 6,103 positive cases were reported in Rajasthan on Saturday, pushing the overall figures to 7,590 fatalities and 9,09,521 infections.

Among the fresh figures, the maximum number of deaths (21) and positive cases (1,900) were reported from Jaipur, according to an official report.