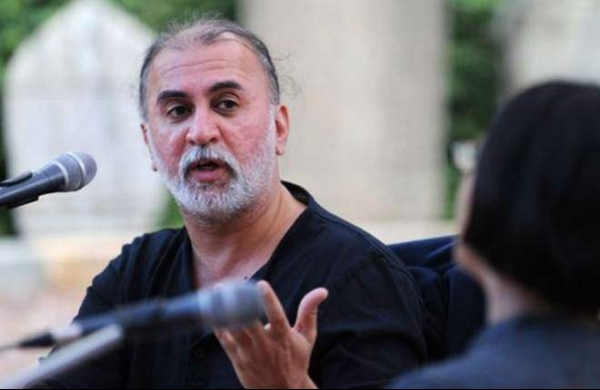 By ANI
PANAJI: After his acquittal on Friday in the alleged sexual assault case, Tehelka magazine Editor-in-Chief Tarun Tejpal said he had been “fasely accused” and thanked the additional sessions judge court in Goa for its “rigorous, impartial and fair trial.”

In a statement after the verdict, Tejpal also thanked the additional sessions court judge Kshama Joshi who delivered the verdict for “standing by the truth” in an “awfully vitiated age, where ordinary courage has become rare”.

“In November 2013 I was falsely accused of sexual assault by a colleague. Today, the Trial Court of Additional Sessions Judge Kshama Joshi, in Goa, has honourably acquitted me. In an awfully vitiated age, where ordinary courage has become rare, I thank her for standing by the truth,” Tejpal said in a statement.

“It is with profound respect that I thank this court for its rigorous, impartial and fair trial and for its thorough examination of CCTV footage and other empirical material on record,” said Tejpal.

The Tehelka Magazine founder said that the past seven-and-a-half years had been traumatic for his family as they dealt with “the catastrophic fallout” of the “false allegations” on every aspect of their personal, professional and public lives.

“We have felt the boot of the state, but through it all, we have co-operated fully with the Goa police and the legal system, through hundreds of court proceedings. We have unwaveringly followed every mandate of due procedure and abided by every principle of law as laid down in the Constitution. We have also endeavoured to uphold every norm of decency expected in a case like this,” he said.

Tejpal, who was already out on bail, was accused of sexually assaulting his colleague at a five-star resort in North Goa. He was arrested on November 30, 2013

On September 29, 2017, the court had charged him with various Sections of the Indian Penal Code (IPC), including rape, sexual harassment, and wrongful confinement. He, however, pleaded not guilty.

Following the framing of charges, Tejpal moved the Supreme Court seeking quashing of the charges levelled against him.

In August, the top court refused to quash the charges and directed the trial to be concluded within six months.