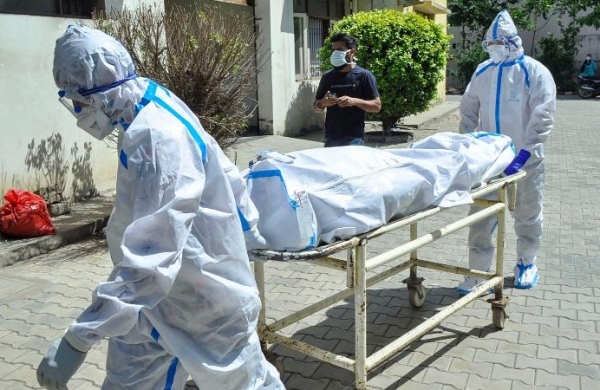 By PTI
PUNE: The Pune district health department on Monday ordered an inquiry against a medical college-cum-hospital in Talegaon Dahbhade over a complaint that it had allegedly held back a COVID-19 victim’s body due to non-payment of bills.

The district administration has set up an eight-member committee of officials from the district health department, a doctor from BJ Medical College and Sassoon General Hospital, an official from Food and Drug Administration, the District Health Officer and the district surgeon for the probe against the medical college-cum-hospital.

“A complaint was received from Srirang Barne, Shiv Sena Lok Sabha MP from Maval, that the hospital management had allegedly held back a COVID-19 victim’s body for three days due to bills not being paid. The eight member committee will visit the hospital on Tuesday to probe the complaint,” Ashok Nandapurkar, District Civil Surgeon, who is part of the probe team, said.

Speaking to PTI, Barne said a poor patient from Maval had succumbed to the infection recently, and despite the medical bill being paid through the Mahatma Jyotirao Phule Jan Arogya Yojana, the hospital’s management demanded more money from the dead man’s kin.

He said the hospital should have alerted health authorities about the death rather than hold back the body for three days.