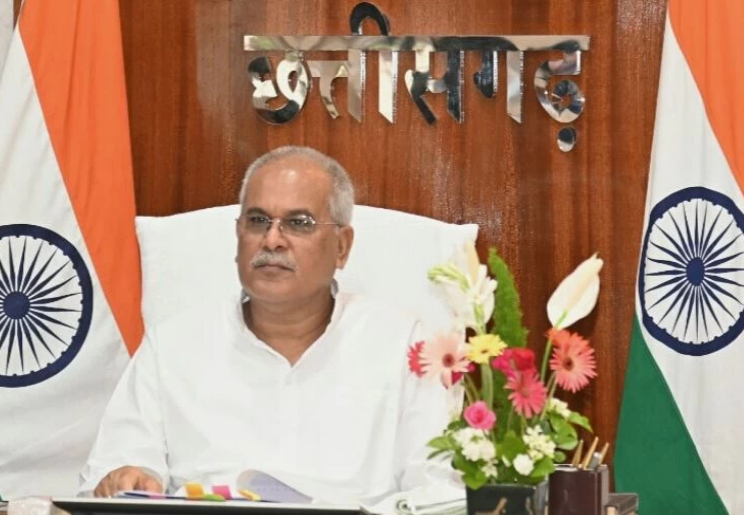 Industries in Chhattisgarh may be allowed to use 20% of oxygen. However, the central government will impose the final seal on it. In this case, the Center has sought a proposal from the state government.
At the same time, CM Bhupesh Baghel has sent a proposal to the Union Minister of Industry. The CM discussed PM Modi on the issue of giving oxygen to industries.
Let me tell you that on the previous day CM Bhupesh Baghel had also requested Prime Minister Narendra Modi that since at present sufficient quantity of oxygen is available, it should be approved to provide 80 per cent of the hospitals and 20 per cent to small industries, so that these industries too So that he can start his work Prime Minister Narendra Modi had assured to consider both the above demands of Chief Minister Bhupesh Baghel sympathetically.
On Sunday, Prime Minister Narendra Modi held a detailed discussion with the Chief Minister of Chhattisgarh, Bhupesh Baghel on the phone regarding Kovid-19 in the state on Sunday. The Chief Minister requested the Prime Minister to provide adequate amount of vaccine, drawing attention to the lack of vaccination in the state, and also requested the Prime Minister that since sufficient quantity of oxygen is available at present, 80 percent of the hospitals are more Approval should be made to provide 20 percent of the small-scale industries, so that these industries can also start their work. Prime Minister Narendra Modi has assured to consider both the above demands of Chief Minister Bhupesh Baghel sympathetically.
Bhupesh Baghel told the Prime Minister that Chhattisgarh is following the guidelines issued by him and the Central Government from time to time for prevention of corona infection. The number of testing has been increased in the state. Tracing has also accelerated. The positivity rate is steadily decreasing, decreasing the number of patients.
The Chief Minister also informed the Prime Minister that special attention is being paid to the rural areas of the state. Additional teams have been deployed in the areas where cases are still increasing. The complete information about the beds of government and private Kovid hospitals and care centers in the state has been made online so that any person can easily take advantage of them.