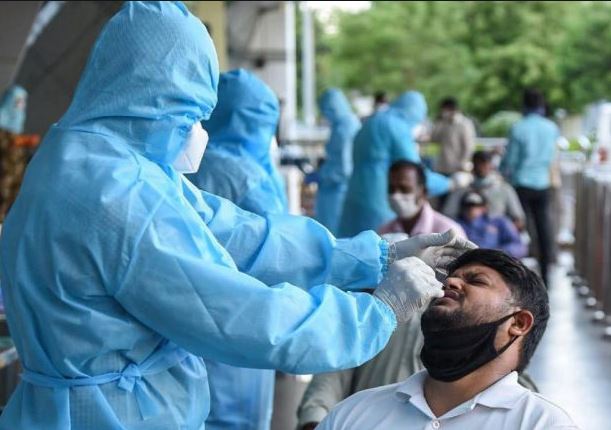 The condition of corona infection in Chhattisgarh is improving rapidly. A sharp decline in the rate of infection is being recorded in the state. On May 16, this figure was recorded at 9 percent, while the rate of infection reached 30 percent in the month of April. Similarly, the daily average testing has been increased to 64 thousand 338 in May compared to 22 thousand 761 in the month of January. Vaccination work is also going on at a rapid pace in the state. Till May 16, a total of 65 lakh 38 thousand people had been given vaccine dosages in the state.
Chief Minister Mr. Bhupesh Baghel has said that with its concrete strategy, Chhattisgarh has not only overcome the second wave of Corona quickly, but is preparing extensively to eliminate the possibility of the third wave. Even if the third wave comes, it can be dealt with even more efficiently. He has said that at this time our entire emphasis is on preventing infection in rural areas and expanding testing, tracing and treatment facilities there.

Due to continuous monitoring and guidance being done by Chief Minister Shri Bhupesh Baghel, facility of Trunat in 39 labs and RTPCR test in 15 is now being provided. With this, 6 new government labs are being prepared for RTPCR test in Balodabazar, Durg, Dantewada, Janjgir-Champa, Jashpur and Korba. The antigen test is available up to the level of all primary health centers in the state, while testing capacity of 2 to 4 labs is also being increased by providing additional machines in each district.

Efforts being made in the state for corona infections have led to a sharp decline in the infection rate, the infection rate which was close to 30 percent in April has now come down to 9 percent. Last year, while an average of 4 to 5 contacts were being trained on Kovid infected patients, now 7 contacts of every Kovid patient are being searched and ensured, which has helped a lot in preventing infection.

At present, 1019 settlement areas have been declared in the state where door-to-door testing is being done. There are 6 Medical Colleges and 37 Dedicated Covid Hospitals including AIIMS Raipur and a total of 154 Covid Care Centers in the State, along with Dedicated Covid Hospitals in each district of the state. The facility of 5294 beds in Government Dedicated Kovid Hospital and 16405 beds in Kovid Care Center has been provided. 9 thousand 596 beds have been provided in private Kovid hospitals. With this, a total of 1151 ventilators have been made available in 526 government and 625 private hospitals.