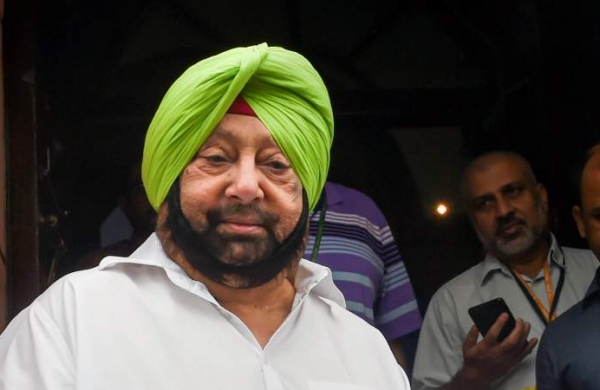 By PTI
CHANDIGARH: Congress MLA Pargat Singh on Monday accused an aid of Punjab Chief Minister Amarinder Singh of threatening him for questioning the state government over the sacrilege row, a development which may deepen the crisis within the ruling party in the state.

The MLA alleged that Sandeep Sandhu, political advisor to Amarinder Singh, threatened him by saying that “papers” have been collected against him and that he “will be set right”.

The Jalandhar Cantonment legislator and other party leaders have been exerting pressure on the state government for early action against perpetrators of alleged desecration of Guru Granth Sahib and subsequent police firing incidents in 2015.

“I got a call from Capt Sandeep Sandhu Thursday night and said he is to give CM sahib’s message to me. It was a threatening message. I asked him (not once but thrice) whether Captain Amarinder Singh has said this. He said Captain Amarinder Singh has said that they have collected many lists against me and ‘te tenu hun asi thokna hai’ (we will now set you right),” Pargat claimed.

“Sandhu threatened me by saying papers have been collected against me,” he added.

Pargat, who had remained captain of the Indian hockey team, said he was ready to face any “punishment” for speaking the truth and raising the issues of sacrilege and review of power purchase agreements.

Sandhu, however, rejected the charges.

Though Punjab Congress chief Sunil Jakhar described Pargat as the “role model of the youth”, he asserted that the Congress party never indulged in vendetta politics.

Pargat also alleged that B I S Chahal, senior media advisor to the Punjab CM, was de facto DGP of Punjab Vigilance bureau.

He also raised questions over reports of a vigilance probe being initiated against close aides of former minister Navjot Sidhu and his wife.

“Pargat S being threatened by advisors of CM for doing his duty to the people & raising his voice is extremely distressing. I stand with him & his democratic right to speak about issues affecting Punjab. This continuous attempt to browbeat INC MLAs for raising their voice must stop,” he tweeted.

“Would have been pleasing to the eyes & ears of Punjabis had the Vigilance knocked at the doors of Badal’s for their acts of omission & commission from 2007- 2017. Sudden spurt against @sherryontopp & colleagues is ill advised, ill timed & detrimental to interest of the Congress,” he added.

Meanwhile, Jakhar trashed reports of vigilance probe against party leaders and asserted there was no truth in it.

The main agenda of the party at present was to save the people from the COVID-19 surge and to punish the perpetrators of sacrilege incidents that happened in the previous government regime, he said in a statement.

“Sports star and MLA Pargat Singh was the role model of the youth and no one doubted his image as an honest and upright man and the party respected all its MLAs,” he added.