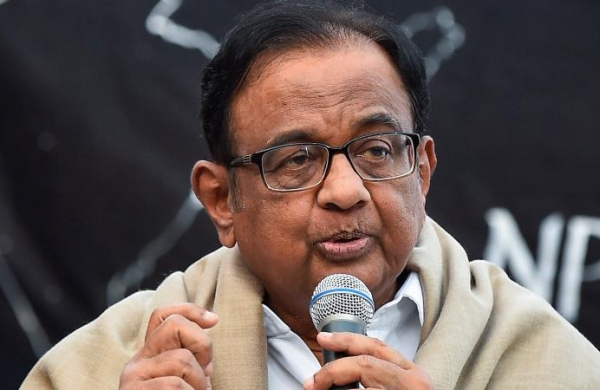 By PTI
PATNA: A key aide of Bihar Chief Minister Nitish Kumar on Sunday locked horns with senior Congress leader P Chidambaran after the latter expressed outrage, on twitter over a media report depicting shabby condition of a leading government hospital in the state.

State minister Sanjay Kumar Jha came out with a flurry of angry tweets in response to a twitter post by Chidambaram who had referred to a television news report highlighting shocking and scandalous condition of the Darbhanga Medical College Hospital (DMCH).

The former Union finance minister in his tweet had wondered whether the Chief Minister had visited Darbhanga, where the health facility in question was situated, in the 15 plus years he has been CM.

In his retaliatory tweets, Jha alleged that Chidambaram’s disconnect with ground (sic) was evident in the latters averment and asserted CM@Nitish Kumar is a self-made mass leader. unlike your leader who has inherited a kursi (position of power) and whom you idolize so brazenly.

Jha, who holds key portfolios like water resources and information, however refrained from mentioning Rahul Gandhi by name while making the aforementioned oblique comment.

The minister, who himself belongs to Darbhanga, averred that Kumar has indeed been visiting the north Bihar town and wondered whether Chidambaram was aware that it was now on global aviation map with an airport that became functional last year and was expected to have an AIIMS in future.

The TV channel grab shows the hospital in a dilapidated state and Covid patients kept in a damp room.

Refuting allegations that the condition of Darbhanga Medical College Hospital was appalling, Jha asserted the hospital had a state of the art building where COVID 19 patients were receiving the best possible treatment, which was being regularly monitored by the Chief Minister himself.

I wish you had done a bit of homework before trying to exhibit your ugly politics, snapped the Bihar minister at Chidambaram.

In yet another tweet, Jha claimed that the ramshackle old DMCH building shown in the news channel report flagged by Chidambaram was symptomatic of many years of misdeeds and misrule of the Congress.

In a veiled attack on RJD supremo Lalu Prasad, a staunch ally of the Congress, Jha also spoke of your (Chidambarams) cohorts, who ruined Bihar and brought in the proverbial dark age, leaving behind a wretched legacy for Nitish Kumar who came to power in 2005.