Centre intervenes to ensure safety of Indians in Israel 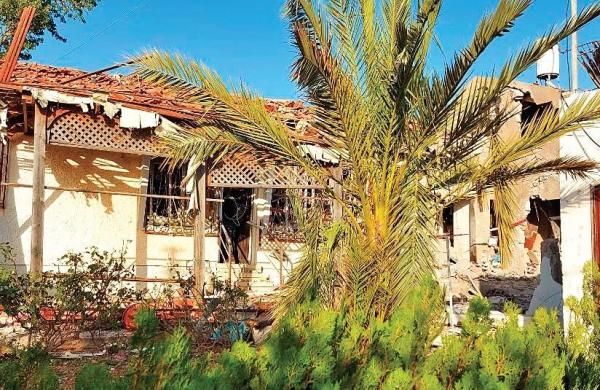 By Express News Service
THIRUVANANTHAPURAM: A day after a Malayali woman was killed in clashes between Israeli  forces and Hamas in Gaza, the Centre has intervened to ensure the safety  of Indian citizens in the strife-torn region.  Soumya Santhosh from Idukki, who was working as a caregiver in Ashkelon  on the border with Gaza, was killed in a mortar attack on Tuesday  evening.

Union Minister for External Affairs V  Muraleedharan told reporters in New Delhi that he had spoken to India’s  ambassador in Tel Aviv Sanjeev Singla and enquired about the situation.“The Centre is making the necessary interventions to ensure the safety of Indian citizens in Ashkelon and surrounding areas. The situation is  tense and the Indian Embassy is in constant touch with the Israeli  authorities,” Muraleedharan said. The minister said  the body of Soumya has been handed over to the Indian Embassy.

An inside view of the destroyed house“Arrangements are being made to bring her body to Kerala at the  earliest,” he said.  Muraleedharan said he had spoken  twice to the family of Soumya after the tragedy. She leaves behind a  small child which makes her demise even more tragic, the minister  remarked.

Israel condoles deathIsrael’s ambassador to India Ron Malka condoled the death of Soumya on behalf of his country.   “I just spoke to the family of Ms Soumya Santhosh, the victim of the  Hamas terrorist strike.

I expressed my sorrow for their unfortunate loss  and extended my condolences on behalf of the state of Israel. The whole  country is mourning her loss and we are here for them,” he said in a  series of tweets.Malka said his heart goes out to  Soumya’s nine-year-old son Adone who lost his mother at a young age. He  said the attack reminded him of Moshe Tzvi Holtzberg — a two-and-a-half- year-old Israeli boy — whose parents were killed during the 26/11 Mumbai  attacks.

CM writes to CentreChief  Minister Pinarayi Vijayan wrote to External Affairs Minister S Jaishankar and  sought his intervention in bringing back Soumya’s body and ensuring the safety of Indian citizens in the region. Pinarayi said Principal Secretary (Norka) K Ellangovan has spoken to the Indian  ambassador in Israel. “The principal secretary has urged the  ambassador to ensure that Soumya’s family who is shattered by her loss is given adequate compensation,” he said. Paying tributes to Soumya, the  chief minister said he shares the grief  with her family and friends.

CHENNITHALA’S LETTER TO AMBASSADORLeader of the Opposition Ramesh Chennithala wrote to the Indian Ambassador in Israel urging his urgent intervention in the repatriation  of Soumya’s body to Kerala. Chennithala also urged the Indian envoy to ensure the safety of all those Indians working in Israel.