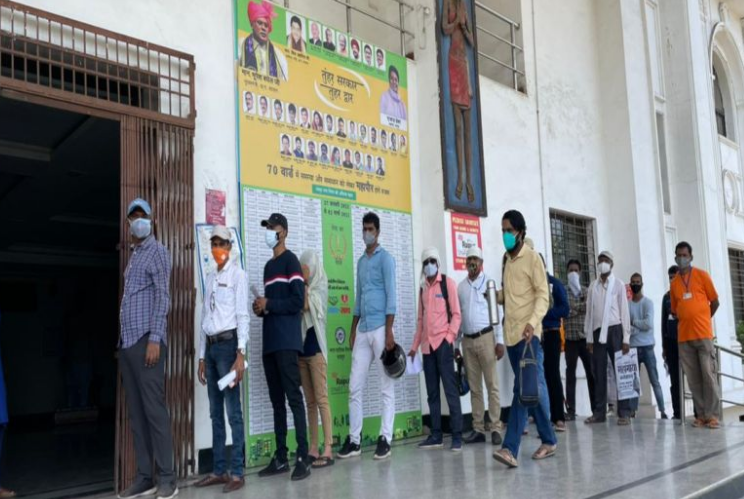 Many people have died untimely during the Corona period. Now their families have to wander for the death certificate, because the online system has failed due to the lockdown. Arrangements have been made at the choice centers but due to the lockdown, the Choice Center is also closed. Families are being chased away by going to the corporation, if such families go now then where to go.

A person engaged in the line to get the death certificate in Municipal Corporation Raipur said that my family has died in the last of March, but till date the death certificate has not been received. Death report issued by the hospital is not being considered in the respective offices, so where should we go. If the corporation comes, it is said that there is an arrangement in the choice center, go there and make it, but where should the choice center be closed now?

Insurance claim –
A family on the line said that my father was a government official. After death, the department has to fill many forms. Insurance is to be claimed, there is a time limit for all of this. If we do not get the death certificate at such a time, then we will not get our right. Who will be responsible for this?

The situation is not only in the capital, but in the whole state
Talking about the capital Raipur, Corona has swallowed more than 2 thousand different people, while in the state more than 10 thousand people died, including doctors, lawyers, journalists, government officials, employees, general public, businessmen For example, people associated with the area have died, who have made some arrangements for the upbringing of their family. Its benefit is only after the family has shown the death certificate.