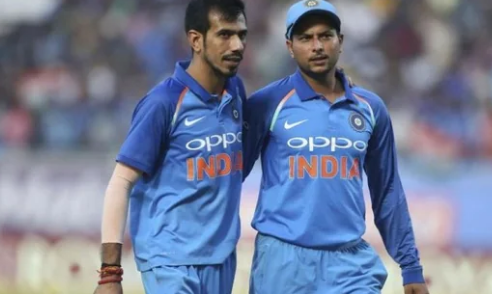 Things are not going really well for Yuzvendra Chahal and Kuldeep Yadav at the moment. The two bowlers, who became India’s prime spin-bowling options across formats at one stage, now continue to find themselves out of contention, owing to their insipid form since last year.

Chahal was not at his best in the T20I series against England, picking only three wickets in three games. He did not feature in any of the three ODIs. Kuldeep, on the other hand, was not a part of the T20 squad, and did not pick any wickets in the two ODIs he played against England.

Chahal also struggled in the IPL 2021 season, picking only 4 wickets in 8 games for RCB before the tournament was suspended. Kuldeep did not play a single match.

Former India cricketer Laxman Sivaramakrishnan believes that Kuldeep and Chahal may have been found out.

“Nothing really pained me more than witnessing the fall of Kuldeep Yadav and Yuzvendra Chahal. The duo was very successful in the early part of their career. Batsmen were not aware of what they were bowling but now they have been found out,” Laxman Sivaramakrishnan wrote in a column on cricket.com.