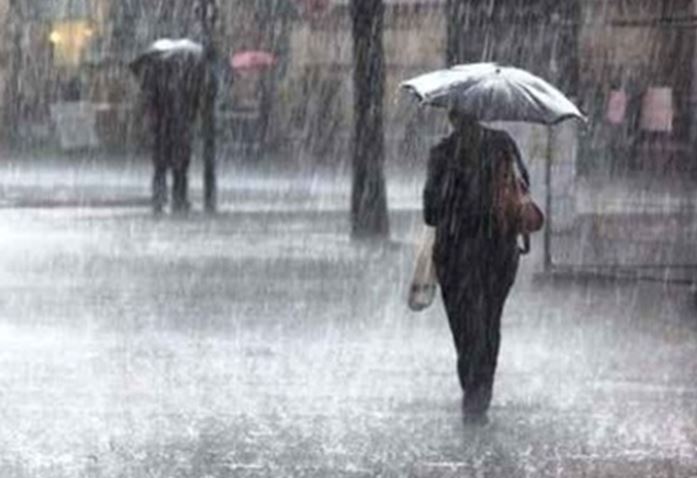 The weather in different districts of Chhattisgarh has changed once again. In the capital Raipur, it has been raining heavily with thunder glow since this morning. In the month of May, where people feel the scorching heat. This time the monsoon-like situation is prevailing in Raipur as well as in different districts of Chhattisgarh, the rain for three-four consecutive days has cooled the state’s weather. Due to rain, the electricity of many areas of the city has also been lost. According to the Meteorological Department, there is a system of rain in the states adjacent to Chhattisgarh. Due to this, it is raining in different districts of the state. The department says that there is a possibility of heavy rains with thunder glow in central Chhattisgarh. Doctors have warned that the sudden weather change will have a bad effect on health. Because of which people have started worrying about their health. Rainfall in Jashpur since night In Jashpur district, there was a thick cloud in the sky. There was torrential rain in many places. In some places, continuous rains have continued since late night. Due to the rain in the month of May, people have got relief from the heat, but due to the sudden change of weather, people’s problems have increased. Health will be affected by climate change. Paddy spoilage is feared It is raining heavily in Balodabazar district. Crores kept in societies in the open can spoil paddy. There is a possibility of loss of crores of rupees to the government due to administrative negligence and absence of paddy. It is raining heavily in the surrounding areas including Pithora in Mahasamund district. It has been raining for many hours. People have got relief from the scorching heat. Rainfall area Central Chhattisgarh Meteorologist HP Chandra said that a cyclonic cyclone is located 0.9 km above southeast Vidarbha. A north-south Dronika / erratic wind speed is located from Vidarbha to Kerala via Marathwada and inner Karnataka up to 0.9 km altitude. A cyclonic cyclone of upper air is located above Bihar up to 0.9 km altitude. An east-west Dronica is situated up to 0.9 km altitude from Punjab to sub-Himalayan West Bengal and Sikkim via the central part of Haryana, Uttar Pradesh. Due to this, there is a possibility of light rain or splash with thunder glow in some places of the state. There is also a possibility of thunderstorms and lightning falling at one or two places in the state. The area of ​​rainfall is likely to remain mainly in the middle Chg.