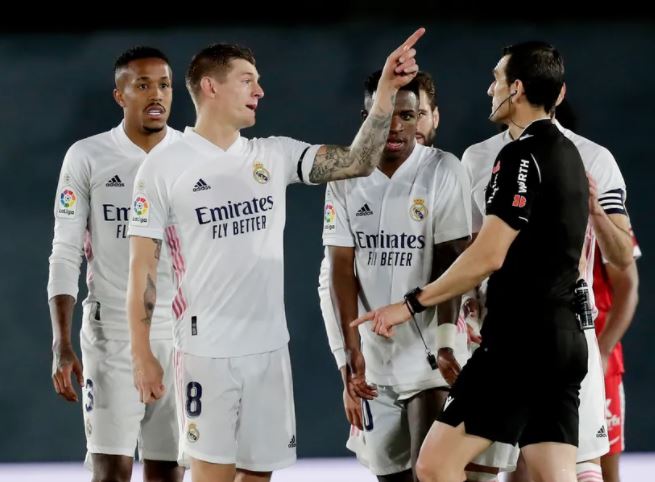 Real Madrid and Sevilla played out a dramatic 2-2 draw that has thrown up so many talking points. Here comes a look at the questions that were answered and the refereeing controversies that are now being discussed in the aftermath.

1. Could Real Madrid capitalise on the Camp Nou draw?

After the goalless draw between Barcelona and Atlético Madrid on Saturday, there was a lot of celebrating in Real Madrid circles. Suddenly the title was in their hands, as four wins from the final four games would guarantee Los Blancos top spot. So, could they capitalise? Well, no. This was always going to be a tough game given Sevilla’s quality and Real Madrid’s absences and it’s just a draw for Zinedine Zidane’s side. That means Atleti stay top for a 27th matchday in a row. If Atleti win their final three matches, they’re now guaranteed the title.

2. Would Hazard respond to his critics?

Between the Chelsea game and this one, Eden Hazard was the centre of attention. Not just because of the controversy created from the images of him laughing, but also because of how ineffective his performance at Stamford Bridge was in general. So, how would he respond? He already published an Instagram apology, but would he now do some talking on the pitch? Well, he wasn’t given a start and didn’t come on until the 79th minute. The Belgian had a poor control that gave Sevilla a throw-in shortly after coming on, but then got a bit of a lucky touch on Toni Kroos’ shot to direct it past Bono. That won’t be enough to win back most Real Madrid fans, but it’s a start. Let’s see if he now starts midweek in Granada.

3. How would Marcelo and Odriozola manage the flanks?

Due to injuries, Real Madrid had to go with Marcelo and Álvaro Odriozola in the full-back roles this game, which is always a cause for concern for fans. They weren’t bad in general and Odriozola put in a very good cross in the first half for Benzema to score… only for the goal to be ruled out because the Basque had been offside. But, they were the ones responsible for conceding the first Sevilla goal as they were both marking Ivan Rakitić, before completely leaving the Croatian to allow him to set up Fernando.