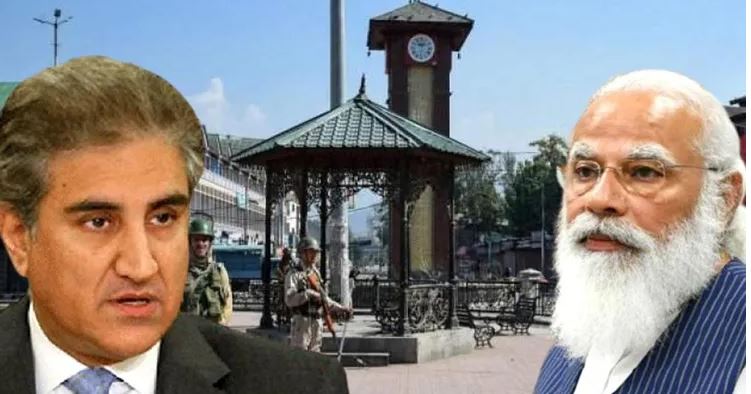 In an embarrassment for the Imran Khan-led government, Pakistan Foreign Minister Shah Mahmood Qureshi conceded that abrogation of Article 370 is India’s internal matter. As per a clip shared by Pakistani journalist Naila Inayat, Qureshi is heard making this admission in an exclusive interview with Samaa TV. In fact, he also pointed out that the revocation of the special status of Jammu and Kashmir has been challenged in the Supreme Court.

Moreover, he claimed that a huge section in India was of the belief that this move did not prove to be beneficial for India. The PTI leader also stressed that all outstanding issues can be settled only through dialogue as war will be “suicidal”. This comes as a clear departure from the consistent stance adopted by Pakistan that there cannot be normalization of ties until the Centre restores Article 370.

A Presidential notification combined with requisite legislation passed by both the House of Parliament in August 2019 led to Article 370 becoming virtually redundant. This implied that the special status of Jammu and Kashmir (J&K) was scrapped. Furthermore, the region was bifurcated into the Union Territories of J&K and Ladakh. Thereafter, restrictions on the movement of people and communication were imposed in the state, which was gradually lifted over the months.READ | Pakistan: Data shows only one COVID-19 vaccine administered per hundred people

After leaders such as former Chief Ministers Farooq Abdullah, Omar Abdullah and Mehbooba Mufti were released post months of detention, 6 political parties joined hands to form the People’s Alliance for Gupkar Declaration in August 2020. The principle aim of this alliance is to strive for the restoration of Articles 370 and 35A and statehood. Subsequently, PAGD emerged as the single-largest party in the first-ever District Development Council polls in J&K by bagging 110 seats.