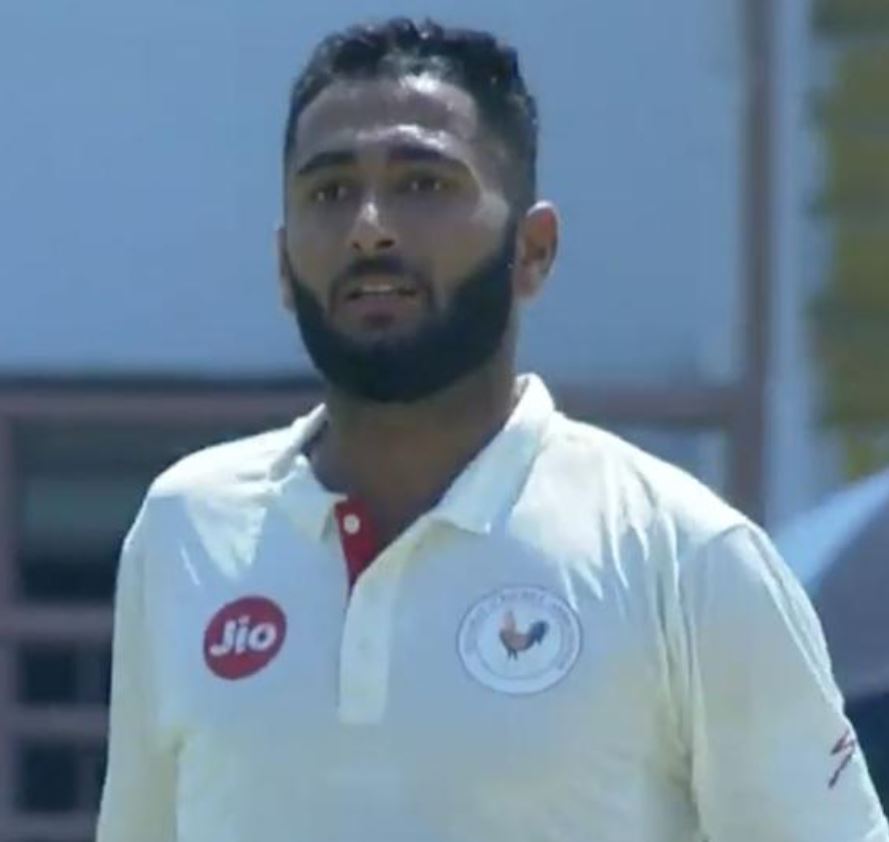 Gujarat pacer Arzan Nagwaswalla was named as one of the four standby players when the Board of Control for Cricket in India announced a 20-member squad for India men’s team’s upcoming tour of England.

The tour will see Virat Kohli and Co play the inaugural ICC World Test Championship final against New Zealand in Southampton, followed the five-Test series away against England.

Between November 2018 and February 2019, he had made his senior debut for Gujarat across all three formats.

Nagwaswalla had an impressive 2019-’20 Ranji Trophy campaign where he picked 41 wickets in eight matches and played a key role in Gujarat reaching the semi-finals. He was the leading wicket-taker that season for his side, revelling despite not being used as the new-ball seamer often.

The standout performance so far in his young career came in his debut Ranji Trophy season as he picked 5/78 against Mumbai at the Wankhede Stadium. In a brilliant burst of bowling, he accounted for the wickets of Suryakumar Yadav, Arman Jaffer and Aditya Tare in the space of two overs to reduce Mumbai from 74/2 to 74/5. Gujarat went on to win by nine wickets.