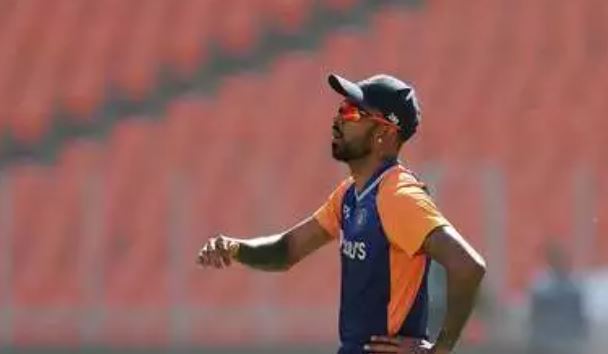 For the first time in over a year, the Indian Test team will be at full strength when they travel for the World Test Championship (WTC) final against New Zealand — followed by the five-Test series in England — next month.

However, allrounder Hardik Pandya missed the bus due to his inability to consistently bowl. On Friday, the selectors picked a squad of 20 players and four standbys for the three-month tour.
Ravindra Jadeja, Hanuma Vihari and Umesh Yadav are all back in the squad. Kuldeep Yadav has been left out of an entire tour for the first time in four years, putting a big question mark over his future with the Indian team. Navdeep Saini too has been overlooked.

Avesh Khan, Prasidh Krishna and Gujarat left-arm seamer Arzan Nagwaswalla have been picked as standbys. It is believed that Nagwaswalla will offer good simulation practice to prepare for Trent Boult and Sam Curran.
KL Rahul and Wriddhiman Saha have been picked subject to fitness clearance. While Rahul has undergone an appendicitis surgery last week, Wriddhiman Saha is recovering from Covid-19 infection which he picked up during the IPL last week.
Doubts over Pandya’s bowling career
During the home series against England in March, captain Virat Kohli harped on the need to monitor Pandya’s bowling workload as the team believed he could be crucial to the team’s chances in the English summer. Pandya bowled in five T20Is and one ODI against England in March. He didn’t bowl after that.
“It doesn’t seem he is being able to sustain the load of bowling. He recovered from a back surgery, changed his action but now it’s his shoulder that is bothering him,” a source close to the Indian team management told TOI.
The Indian support staff monitored Pandya even during the four-Test series against England in Feb-March. But it now seems Pandya is struggling to respond to the workload.