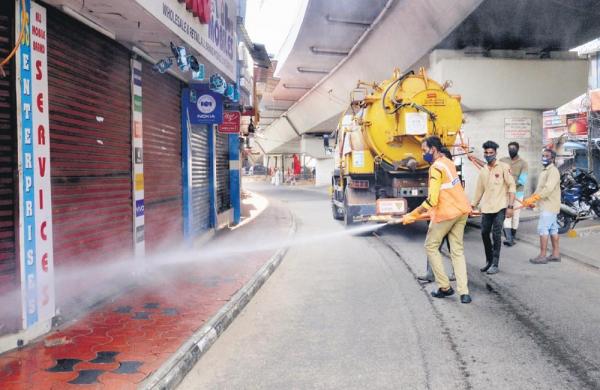 By Express News Service
KOCHI/BENGALURU/DELHI/JAIPUR/MUMBAI:  While the Supreme Court directed the Centre to prepare for the third wave, the second wave itself was nowhere close it its peak, with the fresh case count on Thursday crossing the four-lakh-mark for the second time since April 30.

Kerala, which accounted for over 10% of the nation’s tally, announced a rigourous nine-day complete lockdown till May 16, starting Saturday, as it recorded its highest single-day spike of 42,464 and 63 deaths.

While Karnataka’s oxygen situation is yet to be resolved, the Centre challenged in the Supreme Court an order of the Karnataka High Court directing it to raise the state’s oxygen share. In Delhi, the city government was hauled over the coals by the high court after it objected to an observation that the existing medical infrastructure was ‘exposed’ and in ‘shambles’ when put to the test.

The court ordered the Delhi government to provide medical treatment to all people suffering from Covid-19 in the city, which saw an addition of 19,133 new cases and 335 deaths. It got over 730 MT oxygen for the first time. Rajasthan, too, opted for a complete lockdown from May 10 to May 24 to flatten the curve. After almost a week of reporting less than 60,000 cases, Maharashtra’s tally increased by 62,194 on Thursday.

Centre lost all sense of balance, responsibility towards people: Congress on ex-gratia for Covid victims