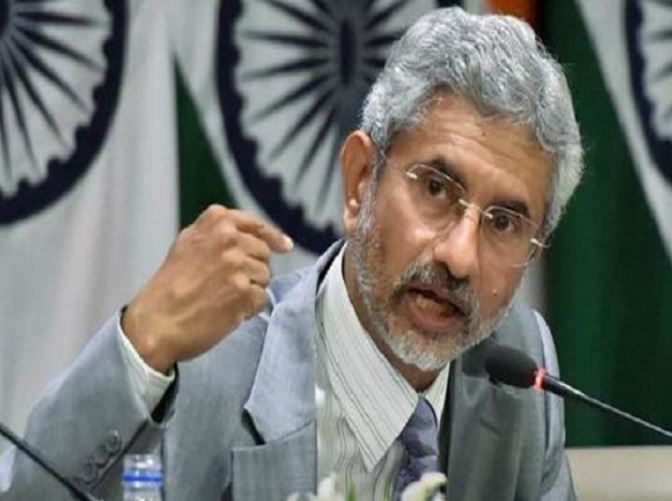 India’s relation with China has enormous possibilities as well as significant challenges, said External Affairs Minister S Jaishankar on Thursday, adding that a relationship can be developed “if it is free of tension and friction”.

Speaking at an event ‘Policy Exchange’ in London, he said: “Our relation with China has enormous possibilities, it also has significant challenges. I am afraid some of those challenges are on display right now. It is common sense that you can develop a relationship if it is free of tension and friction, if not actually coercion and conflict.”
He pointed out that at this time, a very large Chinese military massing of forces close to border areas of India, which has impacted growth of the relationship between the two countries.

At this time, we have a very large Chinese military massing of forces close to our border areas. That has impacted growth of the relationship. As I said there are possibilities but even if those possibilities are to be realised, it has to be done on basis of mutual respect.”

On Wednesday, Jaishankar, while speaking at a Global Dialogue Series event, had said that India’s relationship with China is going through a “very difficult phase” and New Delhi has made it clear to Beijing that peace and tranquillity on the border is “absolutely essential” for good relations.

“The relationship is going through a very difficult phase because in violation of agreements and understandings of many years, the Chinese have deployed a very large part of the military on/close to Line of Actual Control (LAC) without explanation.”

“We have been very clear with the Chinese that peace and tranquillity on the border and border areas is absolutely essential to the development of our relationship. One cannot have friction, bloodshed, intimidation on the borders and then say let’s have a good relationship in other domains,” he had said.

Now the second dose of corona vaccine can be administered without a message, Covaccine will be taken in 4-6 and Kovishield in 12-16 weeks

Bhupesh Baghel will give gifts to 16 districts under Jal Jeevan Mission, will distribute the amount to the beneficiaries of Godhan Nyay Yojana