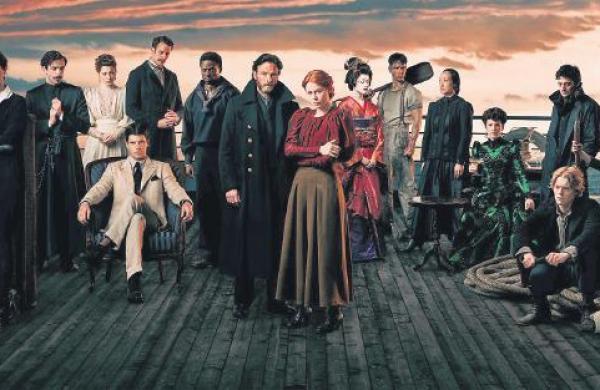 By Express News Service
The cast of 1899, the forthcoming Netflix series from the creators of the acclaimed international series Dark, has been finalized. Creators Jantje Friese and Baran bo Odar have earlier announced that Emily Beecham, best known for Daphne, will be a part of the series. Joining Beecham are actors hailing from Demark, Spain, Germany, and UK, to emphasize the international appeal of the series.

The Goldfinch-fame Aneurin Barnard, The Witcher-fame Maciej Musial, and Anton Lesser, who played Qyburn in the Game Of Thrones, are among the new additions to the cast. German actor Andreas Pietschmann, who played one of the lead roles in Dark, is also set to star in the show.

The official synopsis reads, “The original series revolves around a migrant steamship heading west to leave the old continent from London to New York. The passengers, a mixed bag of European origins, are united by their hopes and dreams for the new century and their future abroad.

When they discover another migrant ship adrift on open sea, their journey takes an unexpected turn. What they find onboard will turn their passage to the promised land into a horrifying nightmare.” The show is currently under production in Germany.