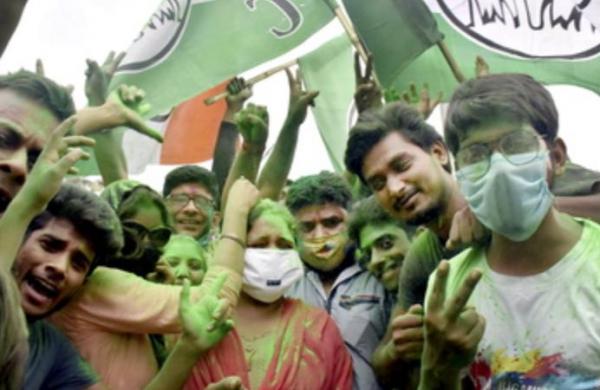 By Express News Service
KOLKATA: The BJP’s plan of riding on the shoulders of Trinamool turncoats turned out to be a major dampener for the party looking to make inroads in West Bengal.

As many as 148 turncoats, including 18 MLAs and one MP, joined the BJP in the run-up to the eight phase polls but most failed to win.

“This is a major jolt to us. The high-command instructed to induct all TMC turncoats, who were elected in 2016 Assembly elections. The party wanted to win seats, no matter the candidate came from which party. Now it seems, it sent a wrong message to the electorate who were not happy with the decision of inducting such leaders,” said a BJP leader.

Rajib Banerjee, a former Trinamool minister, was fielded from Domjur in Howrah from where he was elected in 2016 with a margin of more than one lakh votes. But Banerjee failed to retain his seat as a BJP candidate.

“This is a clear indication that the people of the constituency did not accept Banerjee’s defection to the BJP,’’ said a BJP leader.

Rabindranath Bhattacharya, BJP’s octogenarian candidate in Singur, Hooghly, was defected after he was denied ticket. He, too, failed to win from the constituency from where the BJP secured a lead of more than 10,000 votes in the 2019 Lok Sabha elections.

“Bhattacharya defected to the BJP within 48 hours of TMC’s announcement. Even two days ago he was our arch-rival… Within hours, he became the face of our party in Singur. People not only ejected our decision of inducting Bhattacharya but also his defection,’’ said another BJP leader.

“Dutta and Bose was known for their rivalry in the TMC. The party decided to field Dutta to ensure a fierce battle against Bose. But it didn’t work,’’ said another BJP leader.

BJP’s spokesperson, Sayantan Bose said an analysis would be done to find out the reasons behind the poor performance of the turncoats.

“There might be factors like resentment among our supporters over the issue of candidate selection,’’ he said.

Rajib Banerjee, a former Trinamool Congress minister, was fielded from Domjur in Howrah from where he was elected in 2016 with a margin of more than one lakh votes. But Banerjee failed to retain his seat as a BJP candidate.

Popular drugs used to treat coronavirus in adults not fit for kids: Govt