BJP announces nationwide dharna on May 5 against ‘violence by TMC workers’; JP Nadda to visit Bengal 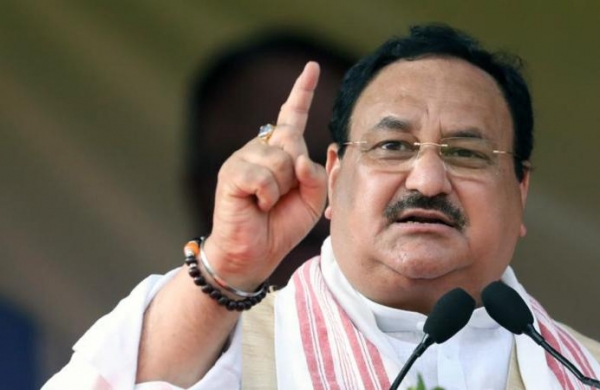 By PTI
NEW DELHI: BJP president JP Nadda will be on a two-day visit to West Bengal starting from Tuesday to hold a protest against the alleged atrocities on party workers in the state by the ruling Trinamool Congress (TMC) government.

He will meet the BJP workers and their families affected by the violence and will hold protests in a democratic manner.

“BJP president JP Nadda will be on a two-day visit to West Bengal starting from Tuesday, May 4 to take stock of the violence under the patronage of the TMC,” BJP said in a release.

“Within 24 hours of election results, many BJP workers have been murdered. Many workers are seriously injured. The house and shops of many party workers have also been burnt. After Mamata Banerjee’s defeat and Trinamool Congress’ victory in the election results yesterday, the TMC hooligans started celebrating the victory with violence and blood. BJP condemns this,” it added.

The BJP sources said the party will also hold a nationwide dharna on May 5 against the widespread violence unleashed by TMC workers post declaration of the West Bengal Assembly Elections results. The protest will be held following all COVID protocols across all organisational mandals of the BJP.

Meanwhile, BJP office and some shops in Ghoshpara road of Bhatpara were allegedly vandalised by miscreants and at least 13 crude bombs were hurled in the area on Monday.

The shopkeepers alleged that TMC was behind the attack as the area is known to be of BJP supporters.

However, local TMC leader denied the allegations and said BJP’s insiders were behind the incident.

“TMC goons and workers have vandalised BJP offices in Howrah. The goods have been stolen from there. BJP workers are being beaten into their homes,” tweeted Kailash Vijayvargiya in Hindi.

“After Mamata ji’s victory, her workers are celebrating and vandalising the houses of BJP workers. More than nine BJP workers have been killed so far,” he said.

Mamata Banerjee-led Trinamool Congress won 213 seats in the just concluded West Bengal assembly elections. The Bharatiya Janata Party garnered 77 seats in the 294-seat state assembly. However, elections for two seats in Murshidabad are postponed due to the demise of candidates due to COVID.