Centre to produce oxygen from nitrogen generators at 30 industries 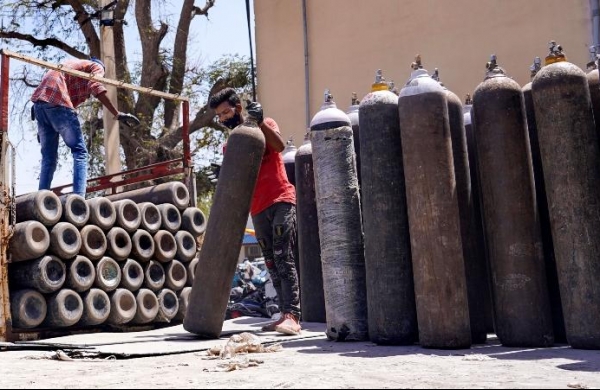 Express News Service
NEW DELHI: To further augment the availability of medical oxygen, the Centre is identifying the industries having spare nitrogen plants to explore the feasibility of converting them to produce oxygen.

Consultations have been held with potential industrial units and experts. About 30 industries have been identified, and efforts have begun to modify nitrogen plants for the production of medical oxygen. Some of these plants can be shifted to nearby hospitals for supplying oxygen and some plants, where it is not feasible to shift the plants, can produce oxygen on-site.

This plant is producing 0.5 ton/day of oxygen and is operational since April 27. UPLLtd. is also under the process of conversion of three more plants. On conversion to oxygen plants, these plants will be installed at hospitals in Surat and Ankleshwar.

In the existing nitrogen plants, replacing Carbon Molecular Sieve (CMS) with Zeolite Molecular Sieve (ZMS) and few other changes such as installation of oxygen analyzer, change in control panel system, flowvalves oxygen for medical use can be produced.

With the availability of ZMS, such a modified plant can be set up in 4-5 days while installation of a new oxygen plant may take a minimum of 3-4 weeks. Oxygen produced in on-site plants has to be compressed and filled in cylinders/special vessels using a high-pressure compressor for transporting to hospitals.